Kindergarten Math is new for us.  Big Sister is half-way through kindergarten now, and has been learning SO much!  Being that she’s our oldest, it’s all new for us, too!  We’ve gotten used to the homework and the worksheets that come home each day and can see all of the creative ways her teacher works on learning objectives.  This math activity was a little practice for her math homework that we’ve seen in worksheet form.
I created a snowman math theme for her to practice composing and decomposing numbers a lot like what she does on worksheets.  This was a hands-on activity for Big Sister to practice counting and putting numbers together and taking them apart to make larger numbers.  Plus, it was a fun way to practice the skills she’s been learning! 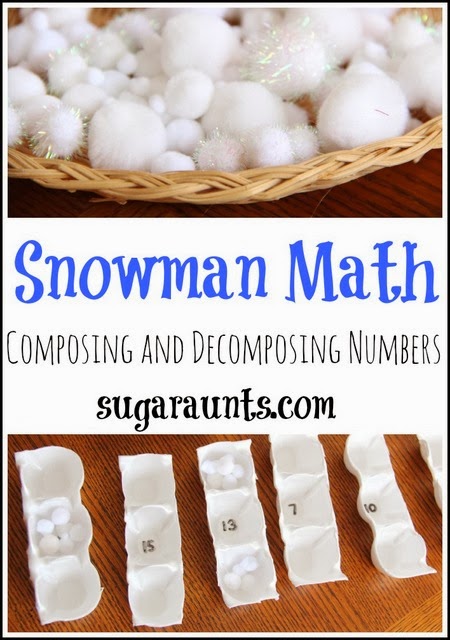 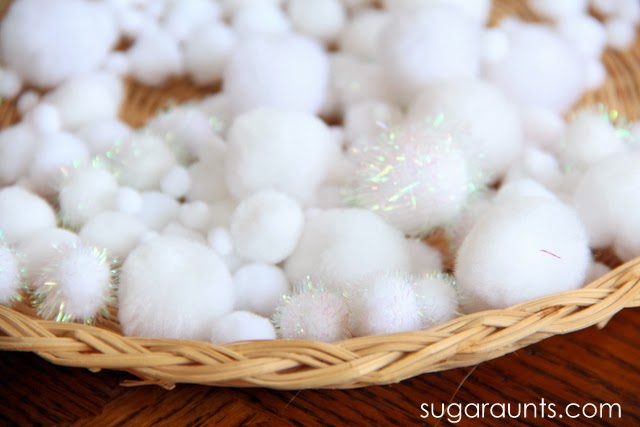 This hands-on math activity used just a few materials.  We started with Styrofoam egg cartons, cut into sections of three.  They made the perfect snowman shape with just a few snips.  There’s nothing better than using recycled materials in a craft or activity, and this was no exception!
Once the snowmen were cut from Styrofoam and ready to go, I pulled out our white pom poms.  These were received free from www.craftprojectideas.com, and just what we needed to count for our snowman math. 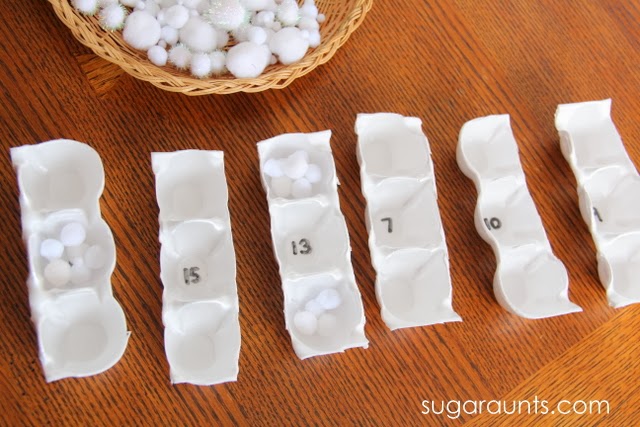 I wrote numbers on the center circle of the snowmen and had the pom poms ready to go for counting when Big Sister came home from school one afternoon.  I showed her how the snowmen look like the circles that come home on her math worksheets.  Together, we counted out pom poms to make the numbers on each snowman. 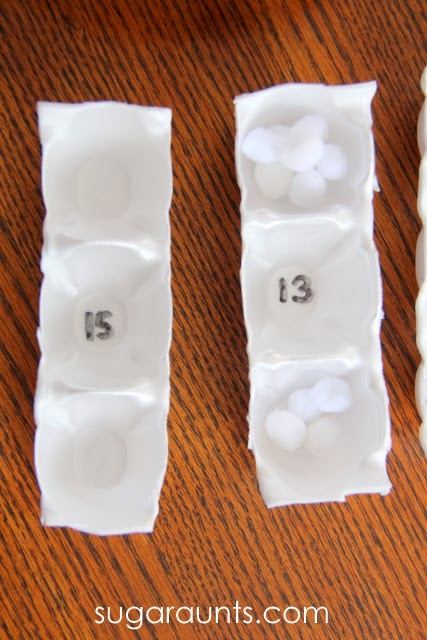 Now, I am no Kindergarten teacher, but our math practice was a fun way to practice the skills that Big Sister is bringing home from school.  We started by composing numbers to make our snowmen.  Big Sister has been bringing home a bunch of worksheets where she had to use manipulatives in the classroom to build numbers.  From what I understand, composing numbers is building numbers and the beginning stages of adding.  There are no addition or equal signs introduced yet.  Tow handfuls of manipulatives are all that are needed to count the total.
So, when Big Sister composed the numbers to make the number I had written in the snowman, I first had her count out the number of pom poms that she needed.  For the snowman with “13” written on it, we counted out 13 white pom poms.  Then, she grabbed two handfuls of those 13 pom poms.  She counted how many were in each hand and put one handful in the “head’ section of the snowman…and the other handful in the “bottom” section of the snowman.  We were able to compose thirteen in a few different ways by doing the same activity over and over again with those same 13 pom poms. 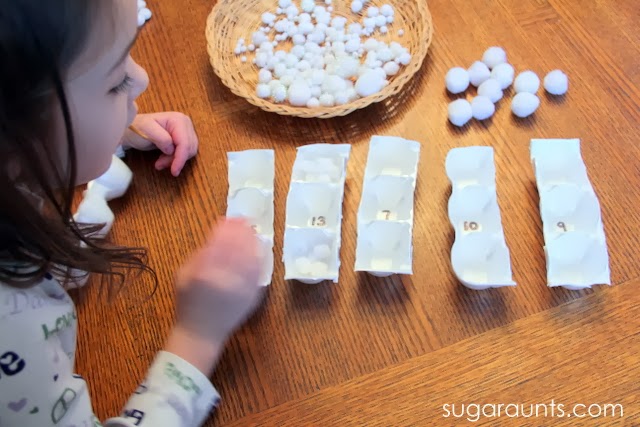 Decomposing numbers is just the opposite.  We worked on taking apart the numbers and exploring how many ways we could take apart the 13 pom poms.  We started with the 13 pom poms in a pile on the table.  Big Sister grabbed a handful and put them in one of the circles.  She then counted how many were left over.  She put the remainder into the other circle of the Styrofoam snowman. 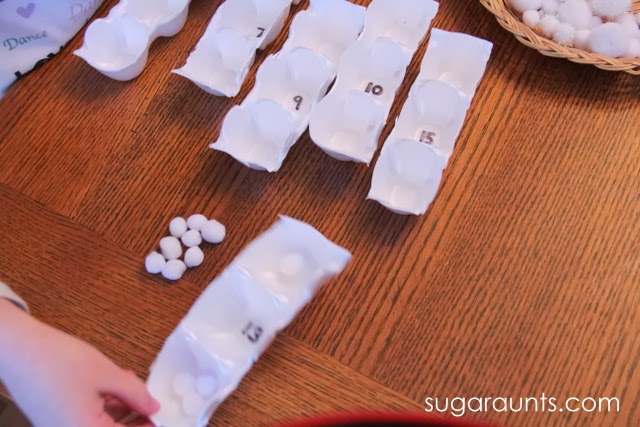 This was such a fun math activity for Big Sister and I!  We got to work on “homework” in a fun and creative way and practice a little early math…with a snowman theme!
This post is part of the Project: Recycle & Create series that we are taking part in each month.  You may have seen our Cardboard box small world Pretend Zoo post from January’s cardboard theme.  February is all about Styrofoam!  We’re joining many other fabulous bloggers in the Project: Recycle & Create series each month and are excited to see all of the fun Styrofoam crafts and activities that are linked up this month. 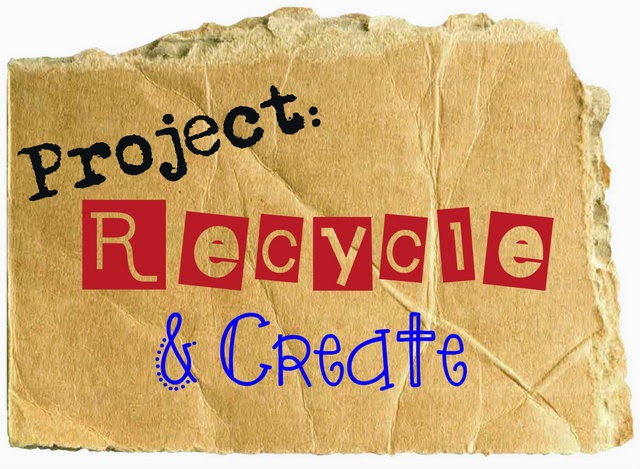 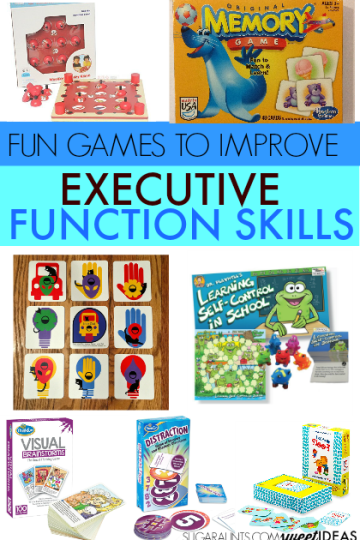 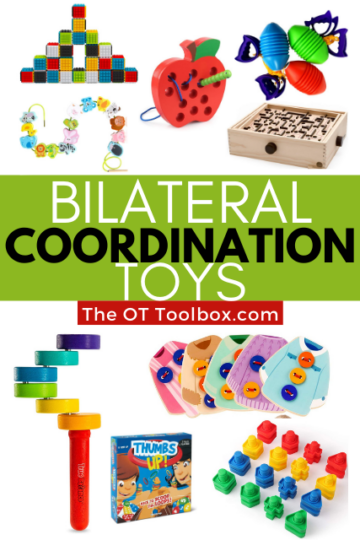 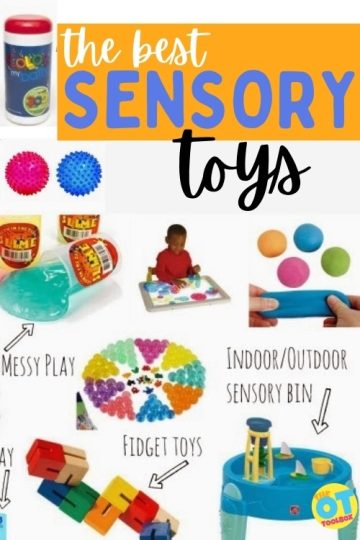 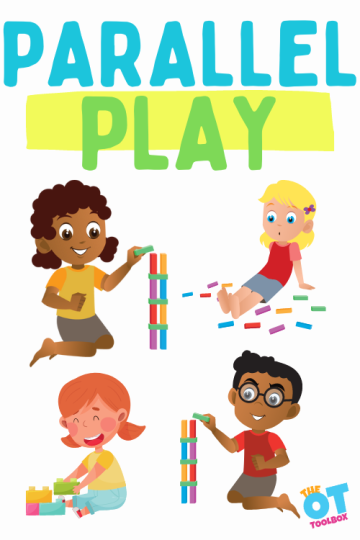