Slime is such a fun way to encourage tactile sensory play.  But what do you do with the slime after you’ve played with it a few times?  I wanted to share some creative ways to work on fine motor skills with slime. 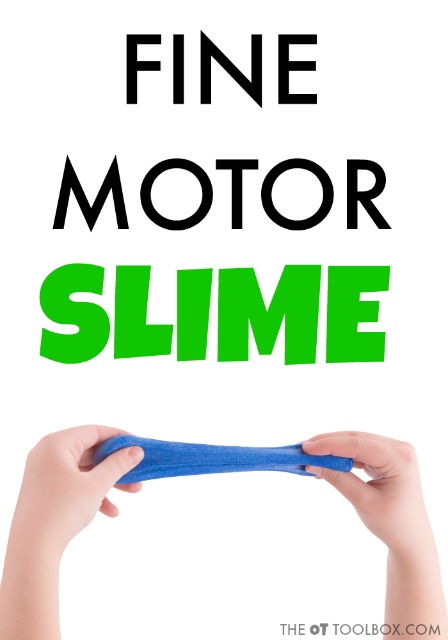 A sensory dough like play dough or therapy putty is pretty well-known tool for building fine motor skills in kids.  Have you ever tried using slime to address hand strength and dexterity that is needed for functional tasks?  Try these fine motor activities with your next batch of homemade slime (or purchased slime):


1. Press beads into slime-  Pushing beads into slime is a great way to work on tripod grasp, arch development, separation of the two sides of the hand, and opening of the thumb web space.  The slime provides a resistive feedback that will provide proprioceptive input and strengthening.


2. Remove beads with tweezers–  Once those beads are pressed into the slime, use a pair of tweezers to pull them back out again.  Using a clear slime would work best with this, but this activity can be done with a colored slime as well.  Using tweezers helps kids strengthen the hands and address visual motor skills needed for functional tasks such as handwriting or scissor use.  Tweezers develop the intrinsic strength of the hand as while developing arches in the palm.


3. Peel slime– Place pencils in a thin layer of slime, then pull the slime from the pencils-  We shared this activity on our Instagram channel.  The thin layer of slime on pencils is a coating that kids can pull off while strengthening the muscles of the hands.  While this activity could be done with any small toy or object, the unique shape of pencils promotes tripod grasp, intrinsic hand strength, and separation of the sides of the hand.


4. Cut slime with scissors–  Roll slime out into a snake shape.  Use scissors to cut the slime into chunks.  This is a common activity using play dough or therapy dough so most therapists would love to try the slime version!  Cutting a resistive material such as slime promotes bilateral coordination and scissor skills.


5. Poke holes in slime–  Create a circle of slime by patting the slime blob between both hands (bilateral coordination!) Then, with the slime on a table surface, press the index finger into the slime until you touch the table surface. This is an excellent way to work on finger isolation and strength of the hands. Finger isolation is essential for dexterity and manipulation of the pencil during handwriting tasks. 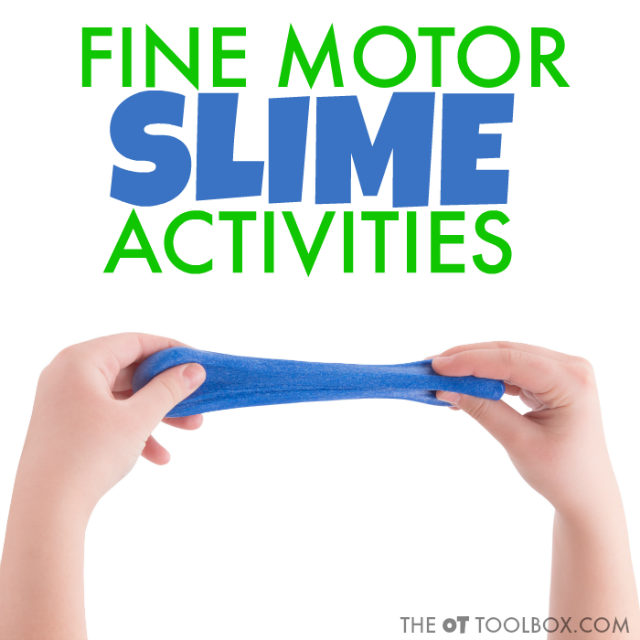 Play is literally the building block for child dev

Literally JUST ordered this book for my kindergart

OTs help people do their occupations... Our occupa

Cooking with kids 👩‍🍳 is a fun and complet