GET EMOTIONAL REGULATION TOOLS at 90% off FOR A LIMITED TIME ONLY! LEARN MORE
Math in first grade is all about number recognition and developing an understanding of numbers.  Recognizing place value for tens and ones and grouping tens and ones are important concepts that students will use again and again in future math concepts.  We built a little extra practice activity based on number order and played a few first grade math games with number order. 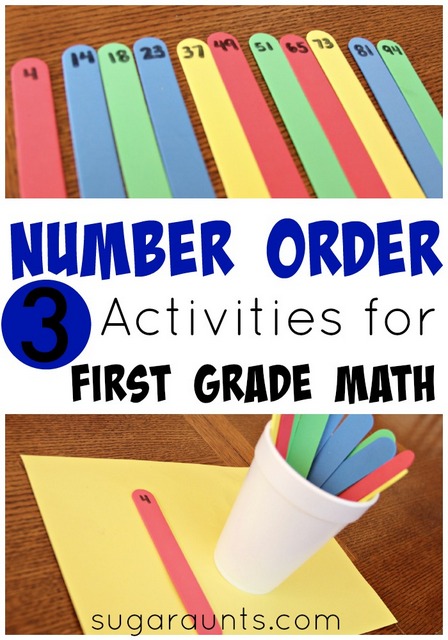 
This is such an easy way to build on concepts or practice number order.  Big Sister is a big fan of math and she always  does her math homework first.  (She does NOT get her love of math from her mom!) 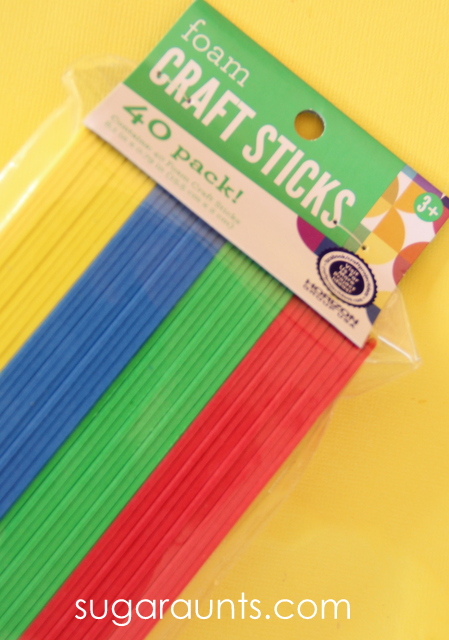 We used these craft foam sticks that we received from
www.craftprojectideas.com. (Love them!) 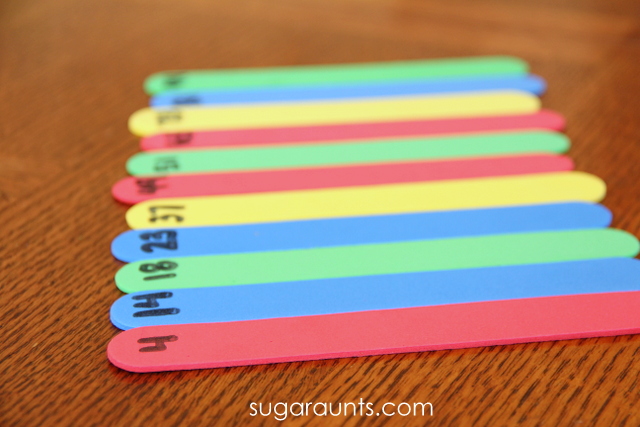 Use a permanent marker to write numbers on one side.  I chose random numbers between 1-99 so Big Sister could focus on the tens and ones.  First graders typically work on numbers up to 120 early in the year, so feel free to make number sticks including hundreds digits as well. 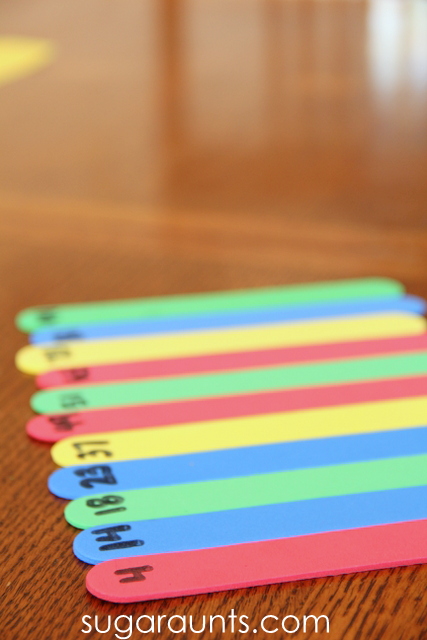 We started on a few activities to work on number order.  At first, I had Big Sister order the numbers from least to greatest.  She did really well with this.  Part of identifying relationships between numbers is being aware of the terms, “least” and “greatest”.  Have the child arrange the numbers from greatest to least as well, after scattering the number sticks around again. 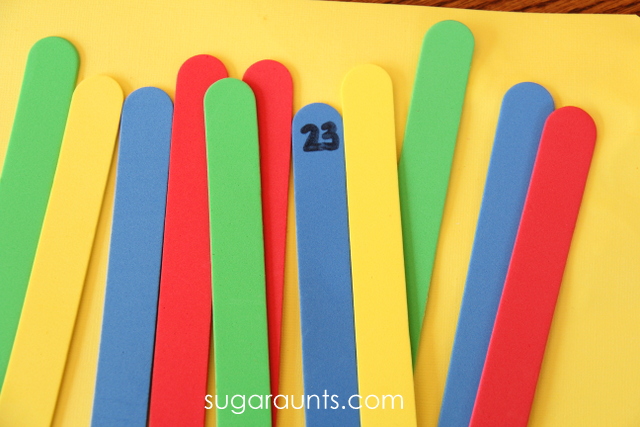 Our second math activity was turning all of the number sticks over.  I had Big Sister turn the sticks over one at a time and name the number.  She then had to tell me how many tens and how many ones make up the number.  This is a good way to work on place value. 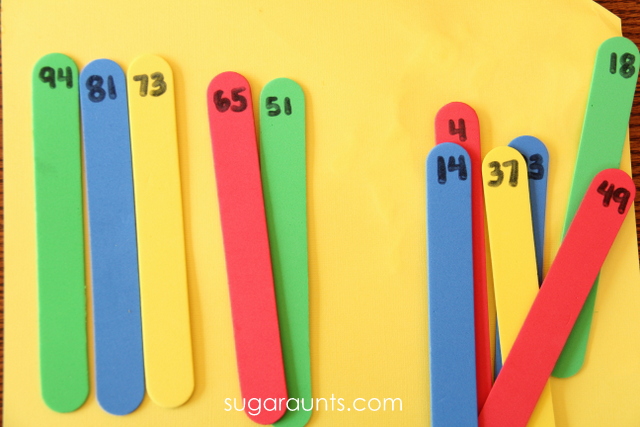 Arranging the numbers from greatest to least. 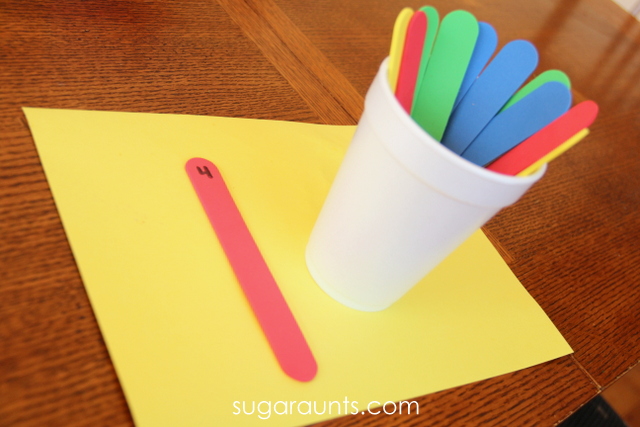 Our third activity used a cup.  We put all of the number sticks into the cup, number side down.  I had Big Sister draw a stick one at a time and name the number.  We then pulled a second number stick and made a greater than/less than statement using the two numbers.  (e.g. Four is less than thirty seven).


Let us know if you try any of these activities.


You may also be interested in the first grade math concept, skip counting by 5s. 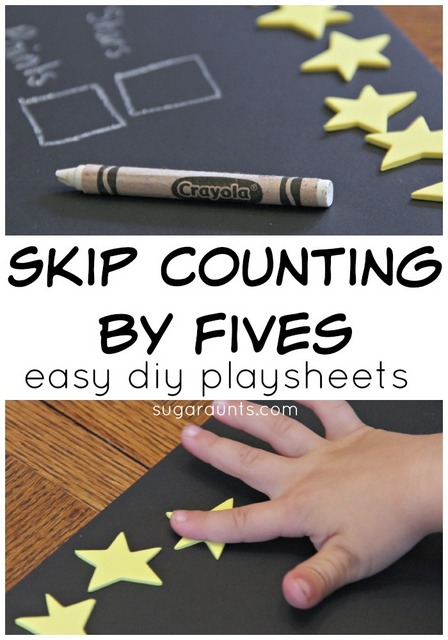