This Rainbow math activity used popsicle sticks to make a hundreds chart and was perfect for my kindergarten and second grade kiddos.  (And, it would be a nice hands-on math activity for first grade, too.)  Combining numbers into groups of ten and those tens into hundreds is a math concept that is so important for so many math concepts.  We worked on fine motor skills to build the tens columns and combined them into hundreds to work on a few math skills.


This was such a fun rainbow activity for the season, but this activity could definitely be used year-round. 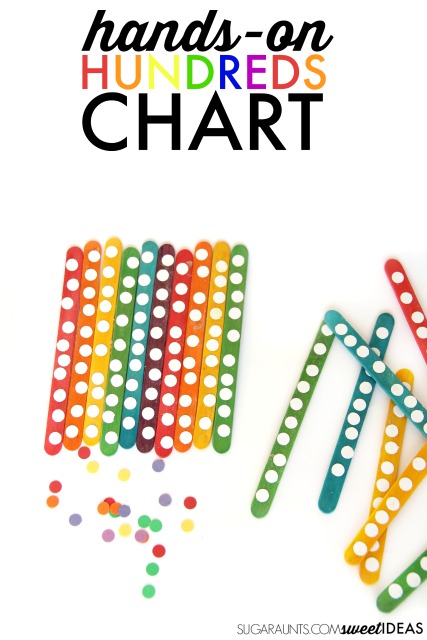 We received ours from www.craftprojectideas.com.
Glue Stick

(A punch like this one is perfect for building gross hand grasp strength. BUT, if you want this crafting project to move by faster than a snail’s pace, use a 3 Hole Punch

. It’s perfect for working proprioception to the arms.  Fold paper into columns and slide it into the punch to get a bunch of holes punched at once. 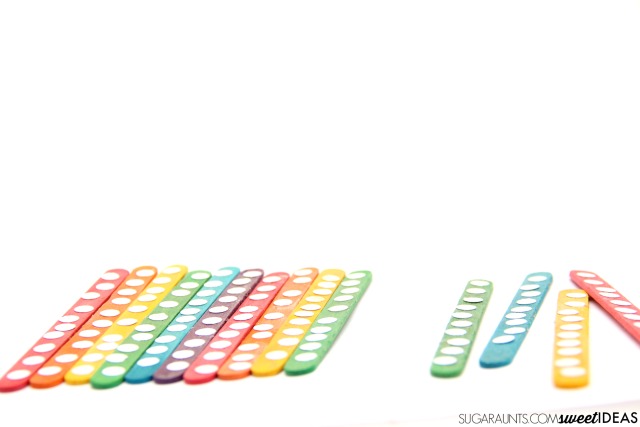 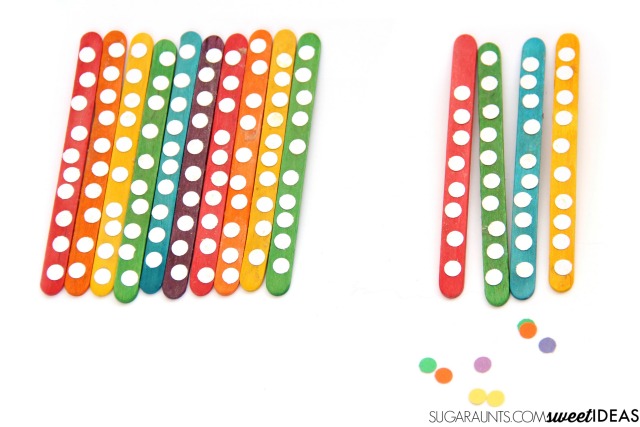 And, you’re done!  Practice counting the numbers using the tens craft sticks.  Arrange them into groups of ten sticks to create a hundreds chart. 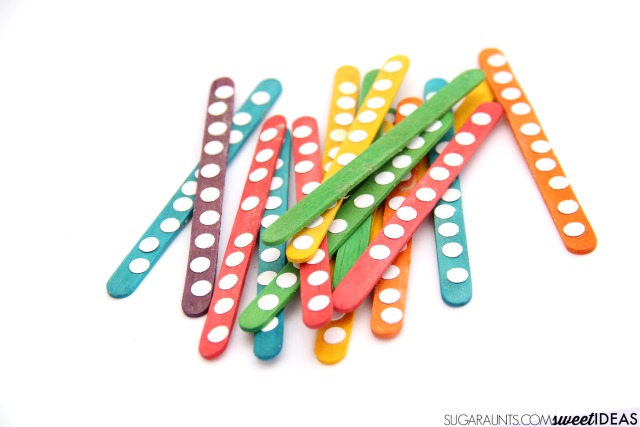 Use this activity for a variety of hands-on math activities:

Looking for more ways to learn with rainbows? 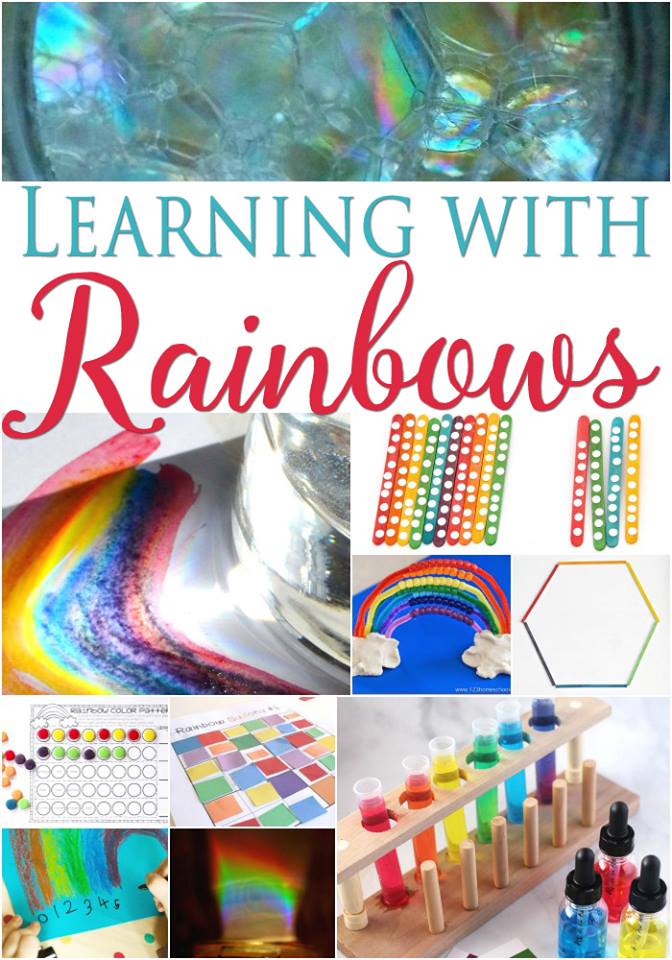 How would you play and learn with this rainbow math popsicle stick hundreds chart?