We’ve been on a bit of a sensory bin kick lately.  Summer weather permits tons of outside play and the water bin is the way to go during hot sunny days.  This sensory bin is one in a series that we’ve been working on and will continue to add to over a (probably) loooong time.

We’re hoping to hit all of the letters of the alphabet in our ABC’s of Sensory Bins series.  Each sensory bin is an easy and fun way to play with the kids while focusing on one letter at a time.
Being a sensory bin, it’s a great way to explore textures, language, and now letters too as we play.  Each sensory bin in our series will contain only 2-3 ingredients (simple!) and begin with the same letter.
We’re not going through the alphabet in sequential order, but hopping around.  Each bin will eventually be added to a giant list of the ABC’s of sensory bins.  Come along and play with us.  We’re ready to have some sensory bin fun! 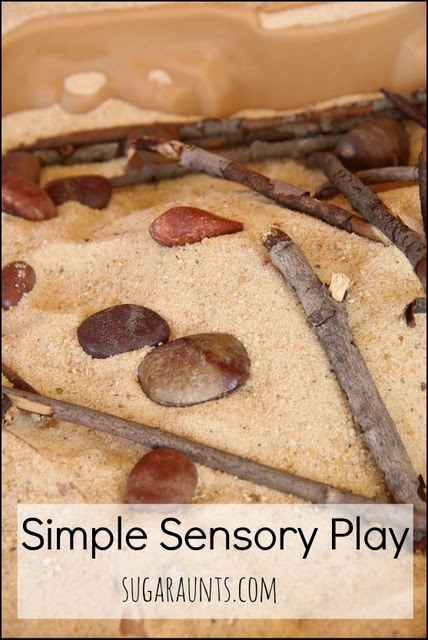 This post contains affiliate links.  Thank you for your support to our blog.
We LOVE our Sand and Water Table

.  We’ve used it in SO many water table activities.  This one was thrown together in a matter of minutes since we still had sand in the water table at the time.  Both sections of the water table were filled with sand and ready for a “S” themed play. 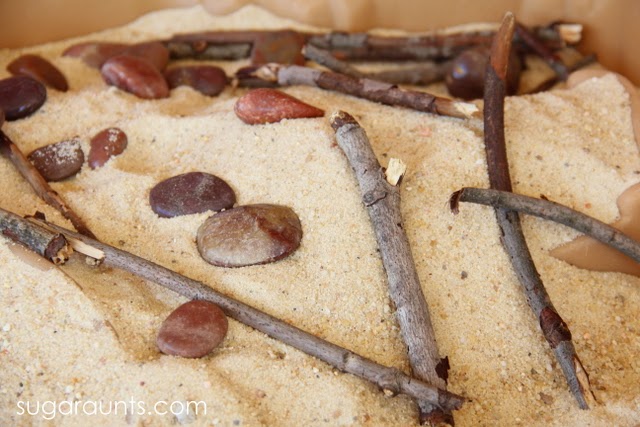 We started with a bin full of sand and went on a hunt through the yard for some nice sized sticks.
Some were a little too big and needed to be snapped to fit little hands.  Little Guy liked to help with the snapping.
The old snapping the twigs over the knee trick was a huge hit and we had a pretty big pile of snapped twigs thanks to his handy work!
A couple of handfuls of river rock

to the bin and we were ready for simple sensory bin play! 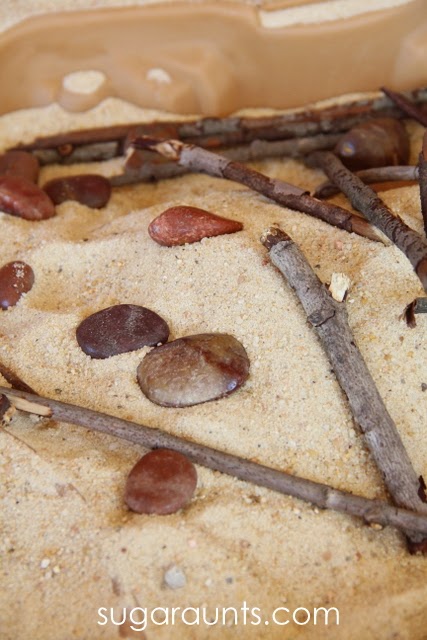 Imagination Play in a Sensory Bin

Sand, sticks, and stones made up an easy (SIMPLE) sensory bin ready for imagination and play.  We built paths with the stones, bridges and huts with the sticks, and tunnels through the sand. 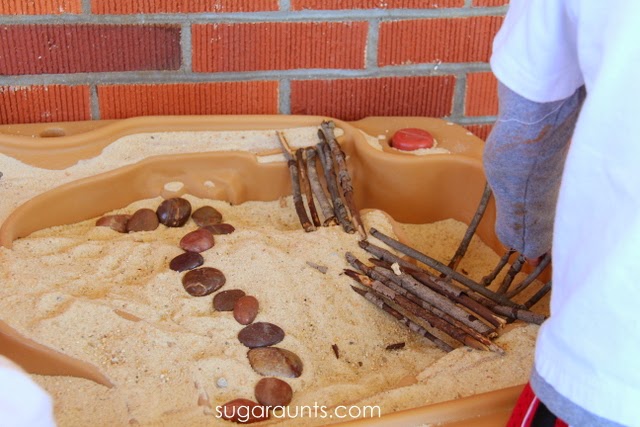 Little Guy made a few traps for bad guys. 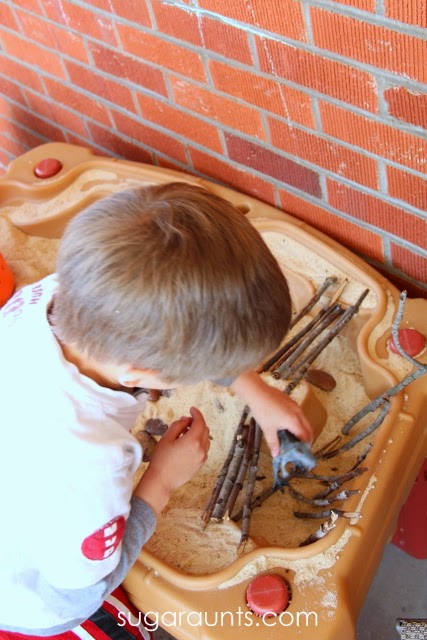 …And had to add in his dinosaurs for more pretend play fun! 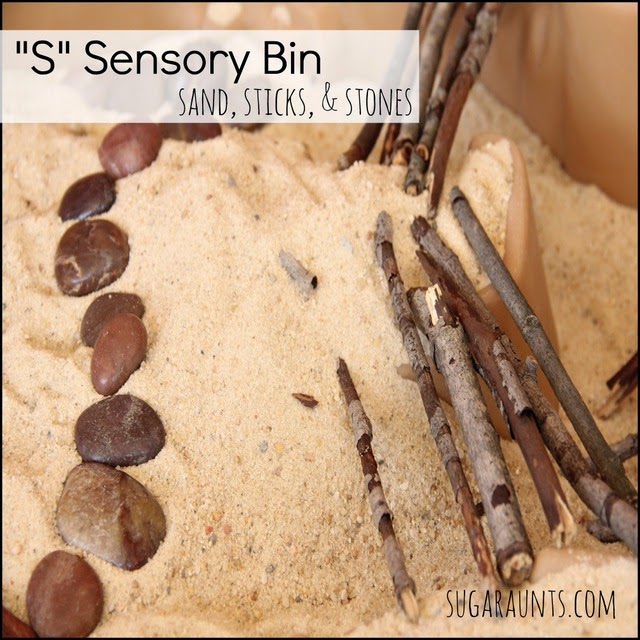 We had a blast with our first simple sensory bin.  Here’s to hoping we get this series up and running with loads of new sensory bins for you to enjoy too!  Looking for more sensory bin fun?  Try one of these ideas: 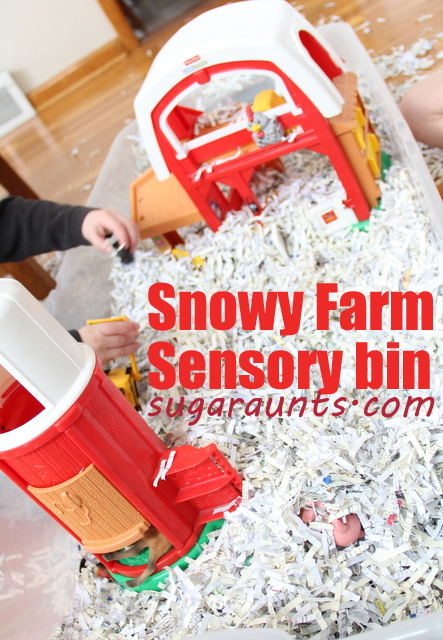 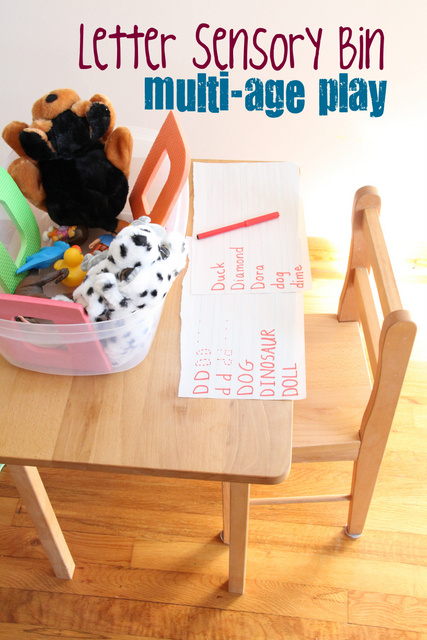 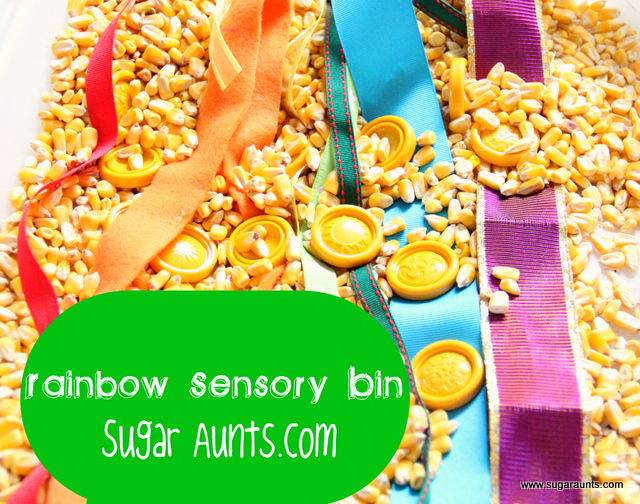 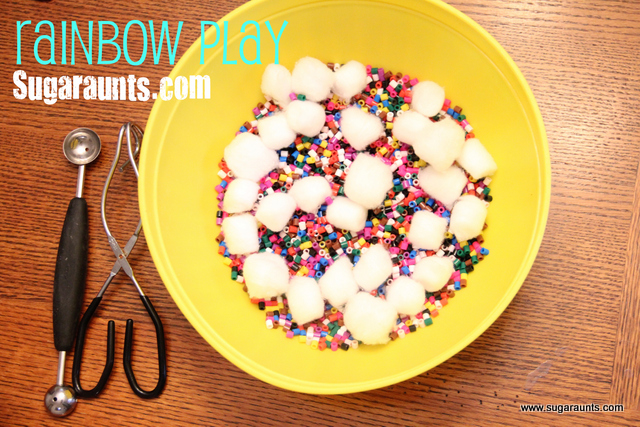 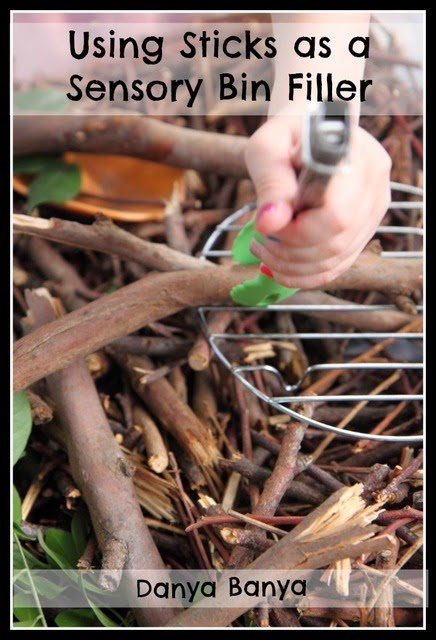 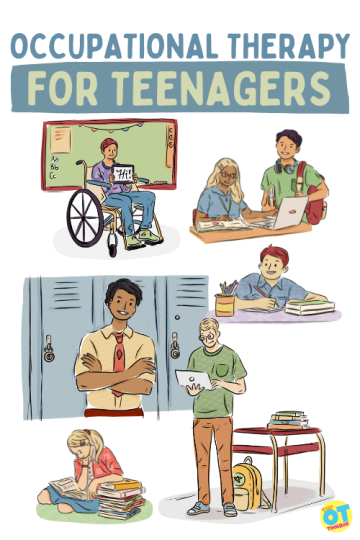 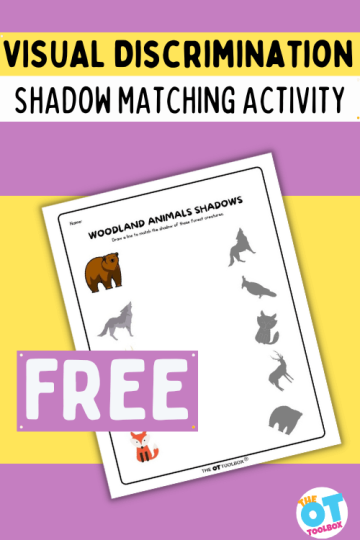 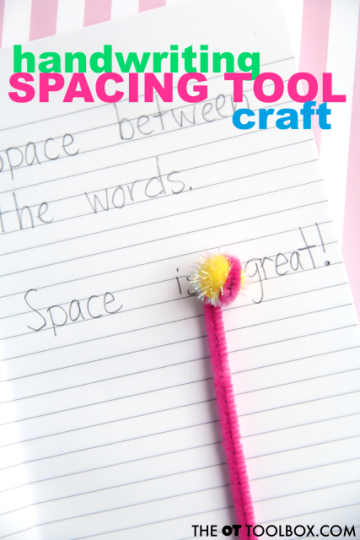 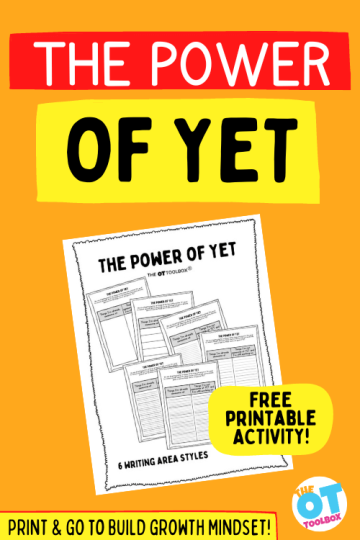