So, this week in the learning with manipulatives series, we’re covering LEGOS.  These classic blocks have been used to build just about everything you can imagine.  They’ve been used in many learning activities, too.  We shared creative ways to learn with LEGOS before and as an Occupational Therapist, I love them for their fine motor benefits.  LEGOS are on pretty much every OT’s recommendation list.  They are small enough to encourage a tripod grasp, resistive enough to really work the intrinsic muscles of the hands, and open-ended enough to encourage problem solving and creativity in play.


Today, I’m sharing an easy work building activity that I did with my Kindergarten-aged son.  He’s learning to build words and we had fun practicing the skill with LEGOS! 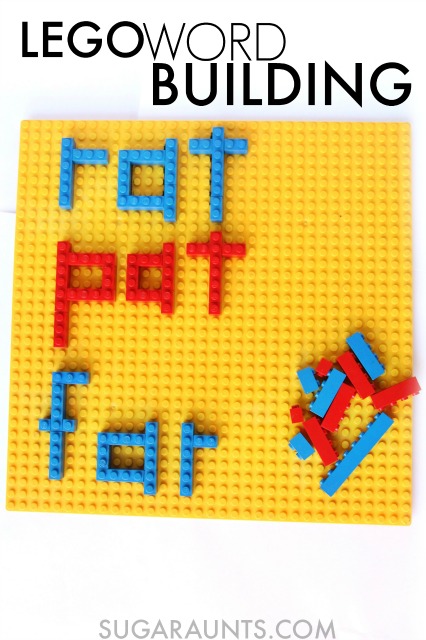 
In Kindergarten, he’s working on sounding out words, creating an ending and adding different letters to the beginning of the word to “build words”.  Typically, my son comes home with small pieces of paper with the letters printed on them and uses the letter cards to build words.  We decided to take word building to a new level and literally build words with LEGOS


For this activity, we used a large LEGO Building Plate

to create a surface for building our words.  To make the letters of the words, we used single width blocks in different lengths.  Building the letters with blocks was not exact.  We used a lot of creative license to make some of the more rounded letters.  But, using the blocks reminded my son of Minecraft and the boxy looking letters were ok with him. 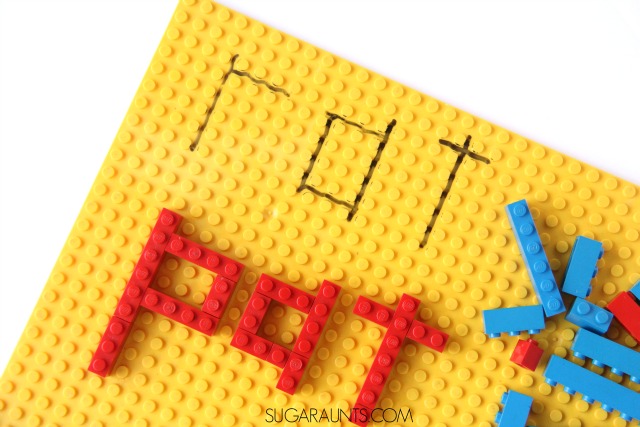 
Using the guide of the letters, we worked on building that first word.  Once he got the hang of making letters, he was really into it.  We started with a few -at words and as he named words that rhyme with cat or bat, we removed the first letter and build the new word. 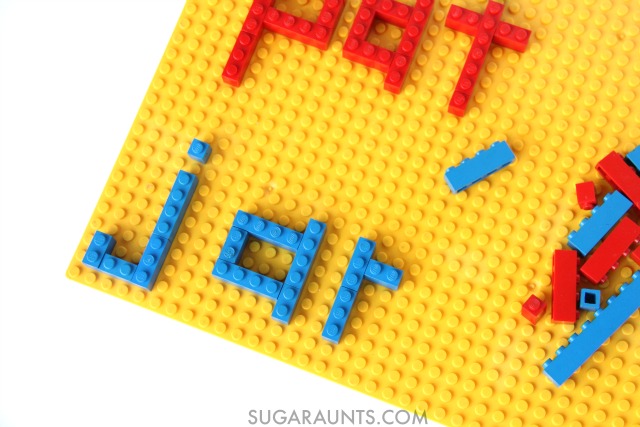 We only had enough LEGO pieces to make one or two words at a time, especially using the same ending letters.  We then built another word with just one ending sound and removed the first letter only.


This is an activity that can be used in SO many learning tasks, all while including fine motor skills into the activity.  Try practicing spelling words, building numbers for math problems, practicing name recognition…How could you use this idea to learn?


Looking for more ways to use LEGOS in learning?  Try these ideas: 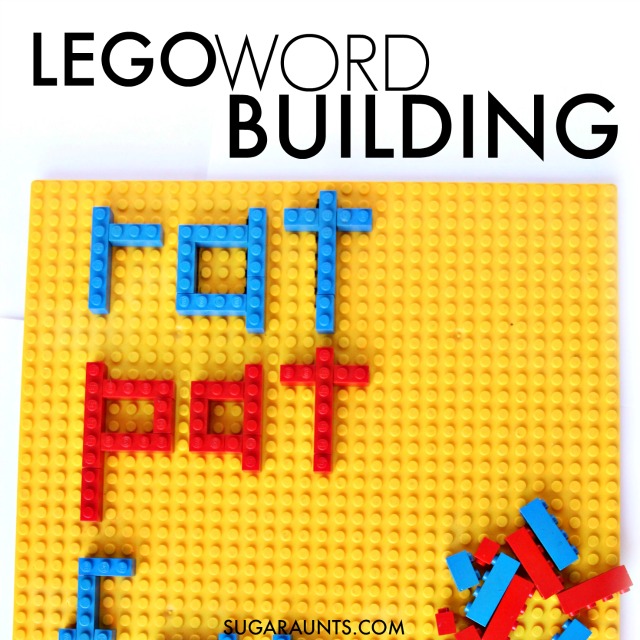 
More activities you will love: