Join the newsletter. You don't want to miss out! SUBSCRIBE HERE 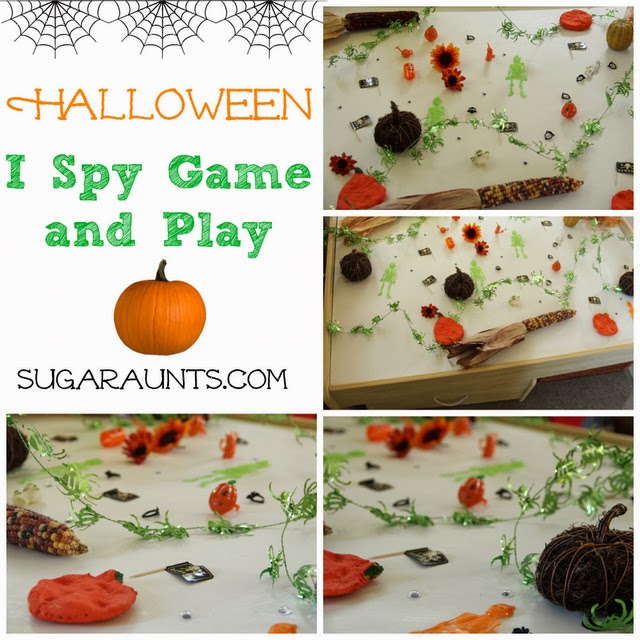 We’ve played “I Spy” with real toys before.  See the post here.
This time, we tried a Halloween version of I Spy. 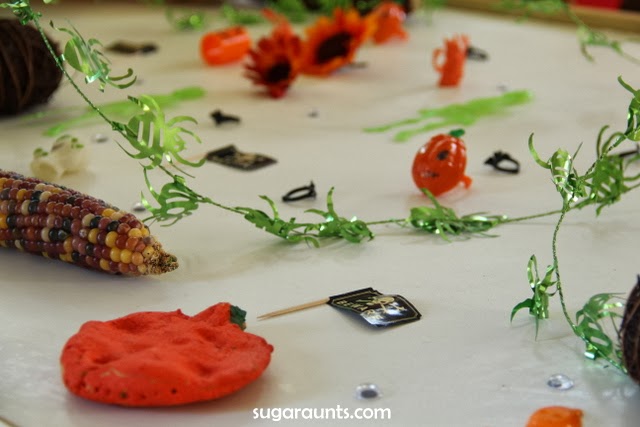 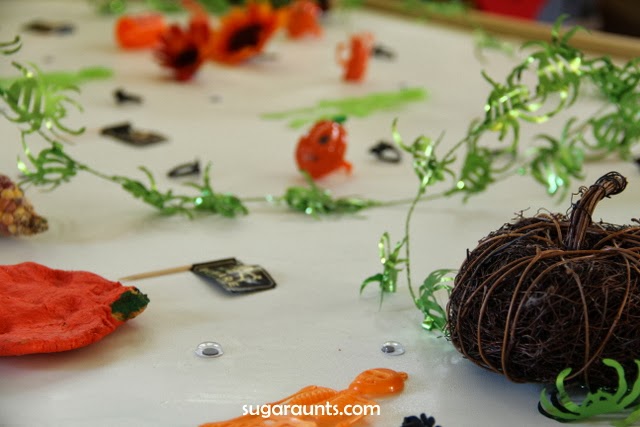 After everything was laid out on the train table, we got started playing “I Spy”!  I asked him things like “I Spy with my little eye, 6 bat rings.”  Visually scanning all of these little items is a great exercise to prepare for school-aged activities, like handwriting, word searches, and puzzles.  He could find the items and then ask me to find some things.  We played this way for a while and then played the visual memory game where I would remove an item while his eyes were covered and he had to tell me what was missing. 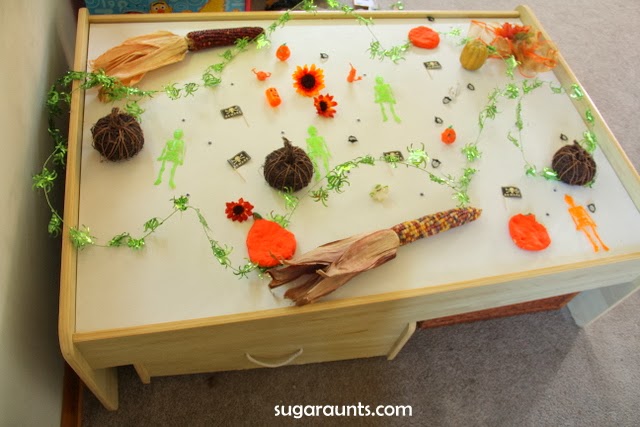 This was a fun holiday themed game and activity.  We kept the “I Spy” table up until Baby Girl got up from her nap.  She thought this was a pretty awesome sensory table, with lots to explore and manipulate!

Soooo great for sending home to parents of kiddos

Working on magic C AND pencil grasp! ✏️ This

Now is the time to start hanging onto those bread

This is another oldie from The OT Toolbox blog, bu