Subscribe to our newsletter - You don't want to miss out! SUBSCRIBE
Since Christmas, we have so many extra boxes and I feel guilty just putting them in the recycle bin.  We also have so many little cars (and trains, and little people…the list goes on and on) laying around.  This is an easy renovation to an ugly cardboard box. 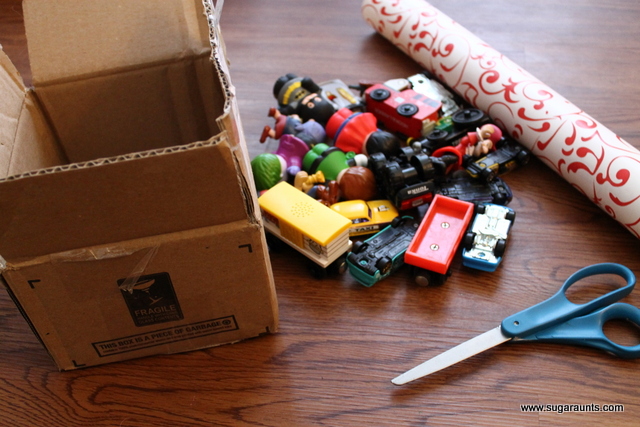 My 20 month old has taken a liking to this little box for some reason.  He has been putting his cars and trains in it and carrying it around the house (and dumping them out everywhere!).  Today while he was napping we gave it a little make-over. 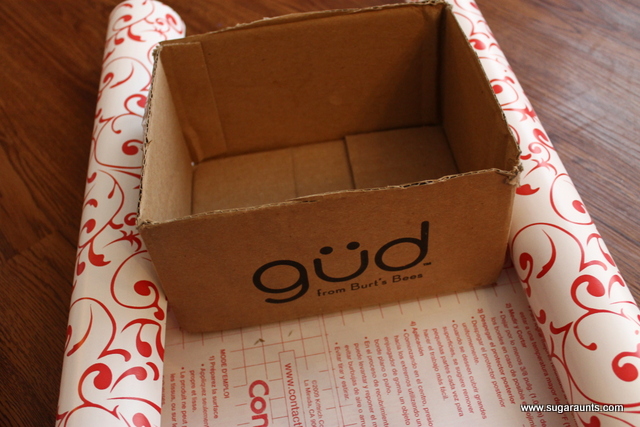 This was a fun project for my 4 year old daughter to help with.  She helped me hold the box, measure the contact paper (I got this one from Amazon), and cut along the lines. 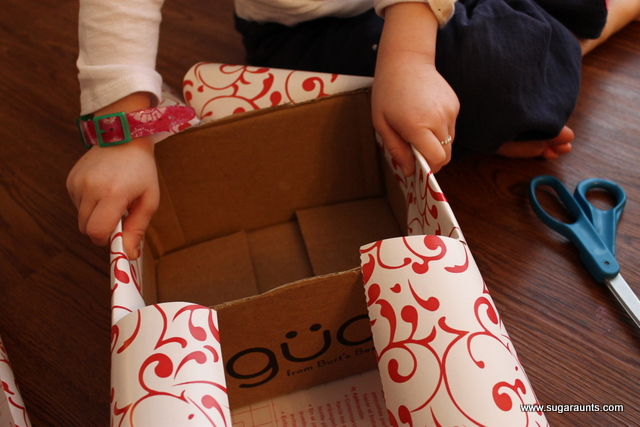 Once we had it cut out (making sure there was about 2 inches to overlap into the box), we folded the sides in and cut slits along the side so it could be folded easily. 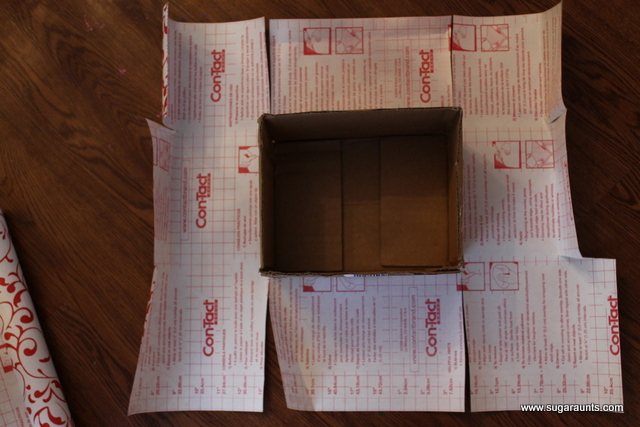 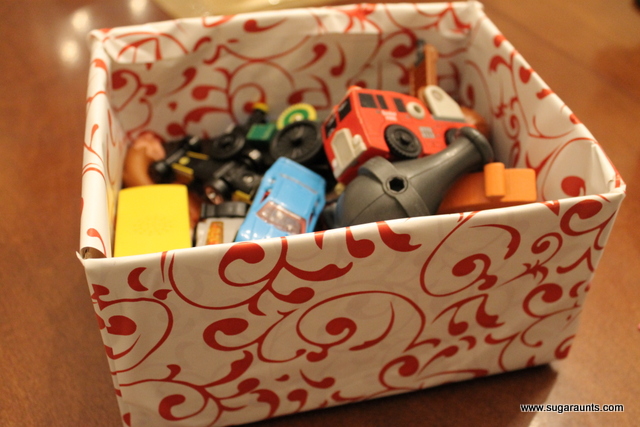 It was kind of like wrapping a package.  It isn’t perfect, but it doesn’t need to be.  Just a fun project to make something pretty.  As my daughter says, “That’s what girls are good at!” 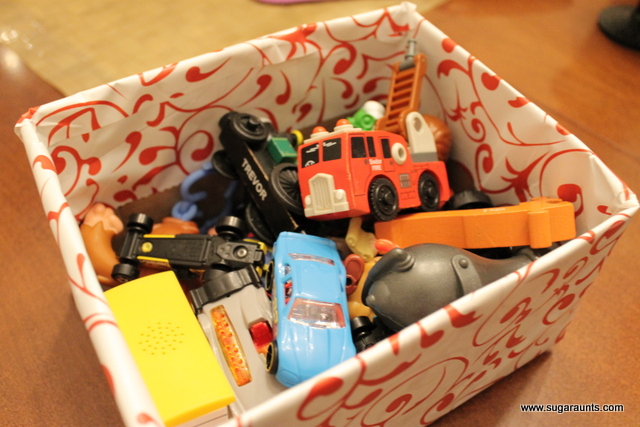 Now doesn’t that look better than the old ugly box?
Little guy thought it was pretty too, and then he threw all the toys on the floor for the millionth time today.  Oh what fun! 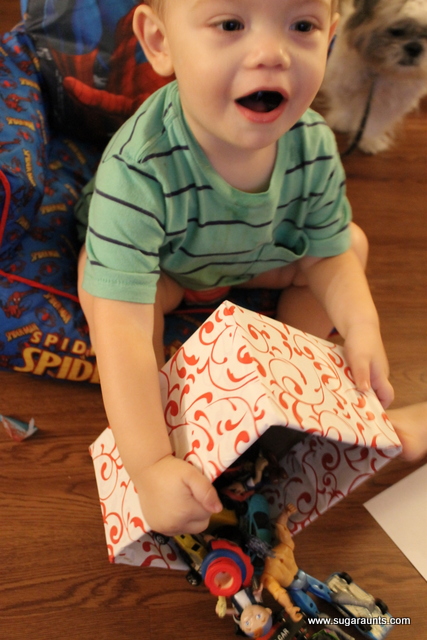