GET EMOTIONAL REGULATION TOOLS at 90% off FOR A LIMITED TIME ONLY! LEARN MORE

Have you made slime?  I have to admit. We’ve got tons (and tons) of play dough recipes…but we have never made slime.  It’s been on our list for a long time, but we just never got around to it.  We whipped up our first batch the other day and I think I have created a family of slime monsters.  My kids were all. over. the slime.  When we started using the slime in a slime handwriting tray activity, they were even more into it!  This is a perfect addition to our writing trays for handwriting ideas.

(Psssst: This sensory writing activity would be perfecto in a DIY Sensory Handwriting Camp this summer!)

They were a little hesitant to try touching the slime at first, but once they saw mom getting in on the fun, they had to try the squishy, slimy material. After a few “eeeewwww!”s, they were loving the slime!  I think we have a lot of slime in our future. 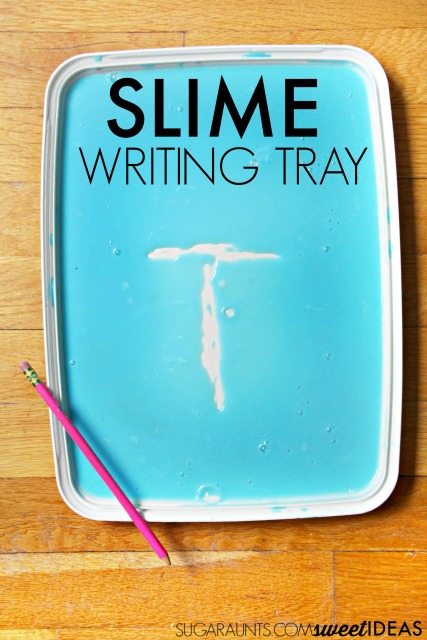 How do you make slime?

So, you’ve probably seen all of the awesome slime sensory play pictures all over pinterest.

(Check out our Play Dough, Clay, Goop, and More pinterest board for tons of fun sensory play ideas.)

But, how do you actually make the stuff?  As a newbie slime-making mom, I had to look it up.  We used this recipe and it turned out completely slimy and fabulous.  I have to tell you though: If you are a new slime maker, there is no way you can mix up a batch of slime and take pictures.  It just won’t happen.  So, I have to apologize for the lack of awesome slime-in-process pics, and even the requisite slime-falling-from-a-child’s-hands pictures. We are a ways off from those action shots in our slime journey.


So after we mixed up our new slime baby, we had to get to playing.


Slime novice tip:  Slime is messy.  And by messy, I mean M.E.S.S.Y. If you are looking for a tactile sensory play activity, this is it.  It’s the coolest texture, but it is mess in a bowl.

After playing Slimer from Ghost-busters with our wiggly glob, we decided to try a writing tray.  This was super easy and a creative way to work on letter formation.  Plop the slime into a low edged tray.  I used a lid from a plastic bin.  Then, grab a pencil with an intact and new(ish) eraser.  Use the eraser to write letters and shapes. 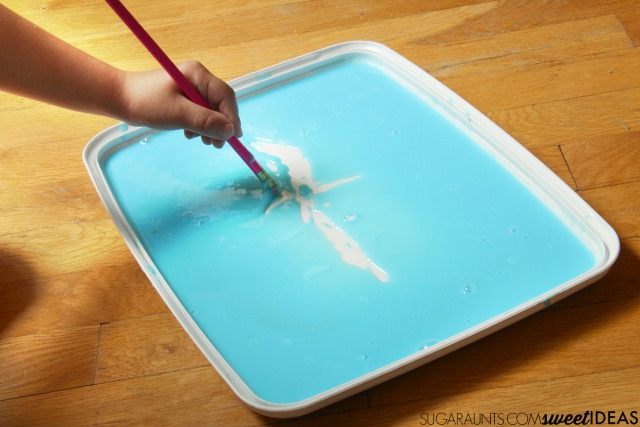 This is a GREAT way for new writers and pre-writers to work on letter formation and pre-writing forms.  The slime maintains it’s form for just a little while, but long enough for the letter to stay visible for a bit.  It’s a nice way for kids to trace shapes with an appropriate motor plan and tripod grasp on the writing tool.

Try these handwriting activities with a slime writing tray:
This post is part of the 12 Months of Sensory Dough Recipes where I’m joining other bloggers in sensory dough recipes.  Check out all of the slime recipes this month:
Galaxy Slime | Lemon Lime Adventures 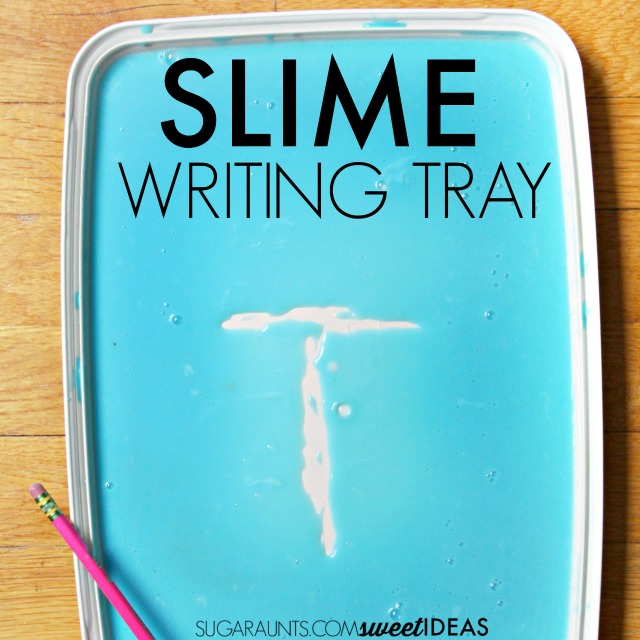 How would you use a slime writing tray for handwriting practice?

Join the masses! Get great ideas for sensory handwriting like this and our Sensory Handwriting Summer Camp At Home by joining our newsletter list!
SIGN UP here.

A few of our favorite messy, sensory activities that you will love: