These Overnight Cinnamon Rolls are a staple in our house on Christmas mornings. 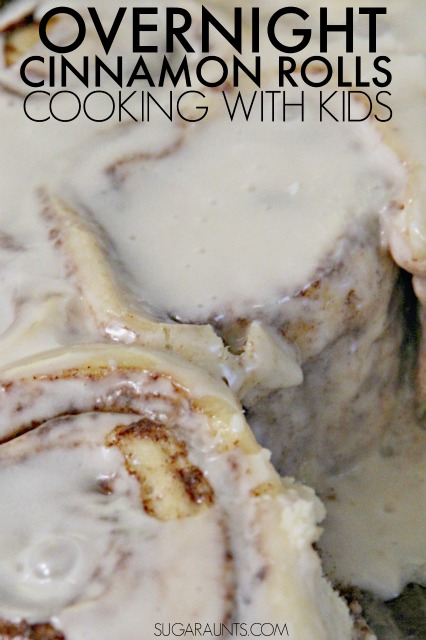 The dough is prepared and rolled the night before…and in the am, just pull out of the fridge and pop them into the oven.  The gooey-ness of these cinnamon rolls goes perfectly with snuggly blankets, hot coffee, and family 😉
Dough:
1 cup milk
1/3 cup butter
1 package of yeast
1/2 cup sugar
4 1/2 cups flour
1/2 tsp salt
3 eggs
Cinnamon filling:
1 1/2 cups brown sugar (I used dark brown sugar, and it was perfect)
3 Tbsp cinnamon
3 Tbsp flour
1 stick of softened unsalted butter
Glaze:
2 cups confectioners sugar
2 Tbsp milk
1 tsp vanilla
Warm the milk in a saucepan until it begins to bubble.  Remove from heat and add 1/3 cup of butter. Let the butter melt.
In a mixing bowl, combine flour, yeast, salt.  Stir in the eggs and milk mixture.  Beat well. Once it has pulled together, dump the dough out onto a flour dusted counter.  Knead until smooth, adding flour as needed.  Knead for about 5 minutes.
Cover the dough and let it rest while you prepare the filling.  Mix brown sugar, cinnamon, flour and soft butter together in a bowl until crumbly.
Roll the dough into a large rectangle shape.  Cover with filling mixture and roll lengthwise.  Seal the edge of the dough with a little bit of water. 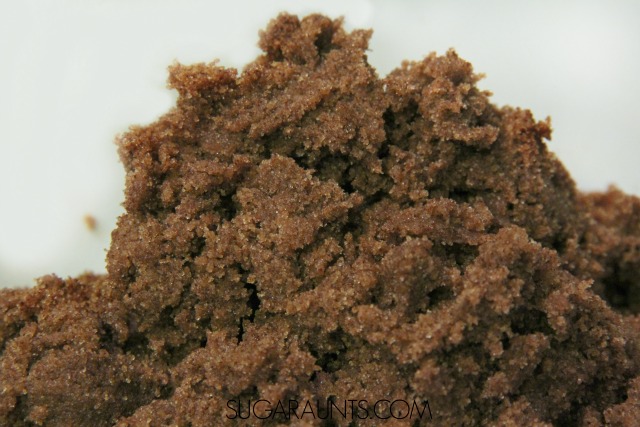 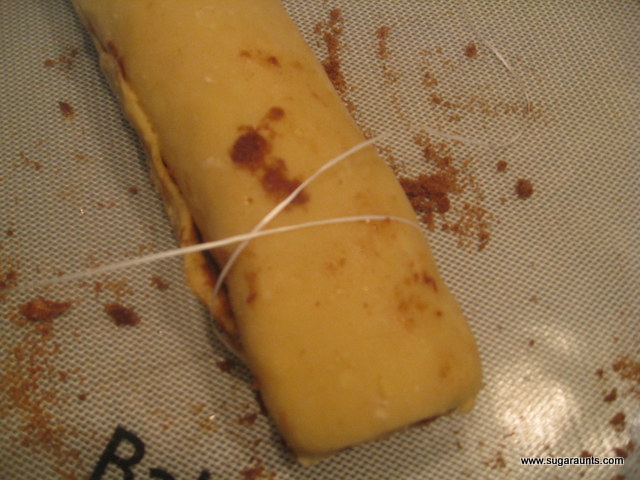 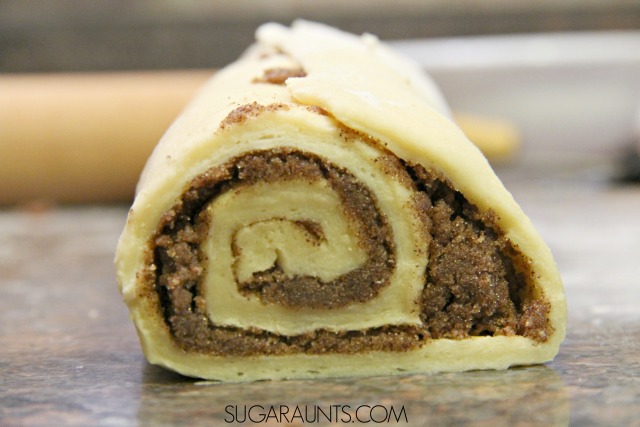 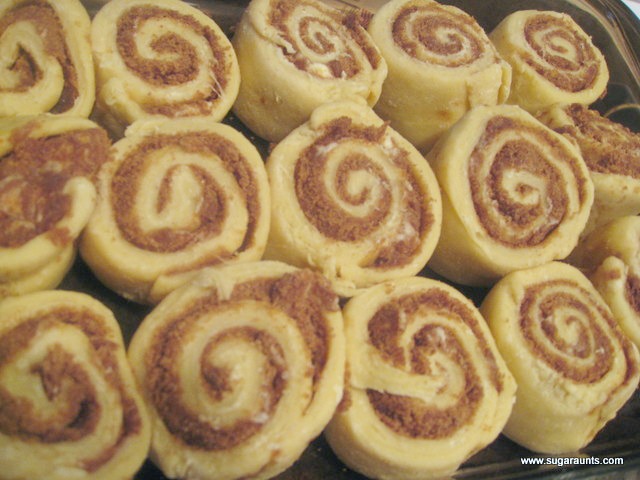 Cover the uncooked cinnamon rolls and keep them overnight in the fridge.  When you pull them out the next morning, let the dough warm up on the counter while you pre-heat the oven.  Bake at 350 for about 20 min or until the house starts smelling cinnamon-y and golden.
The glaze is quick to mix together and pour over nice and bubbly brown cinnamon rolls.
Enjoy! 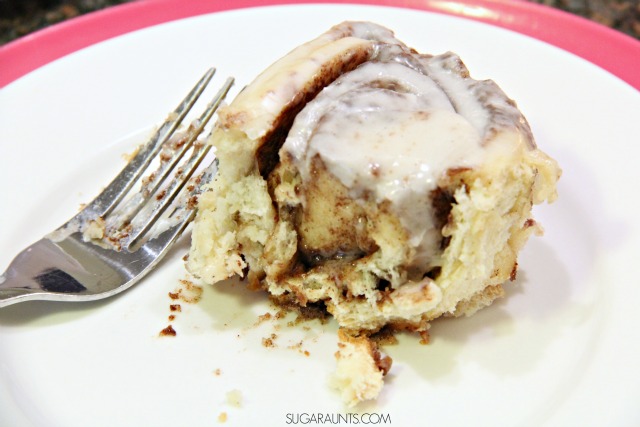 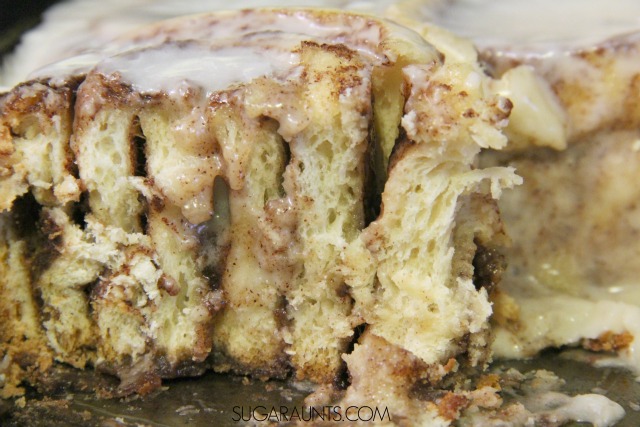 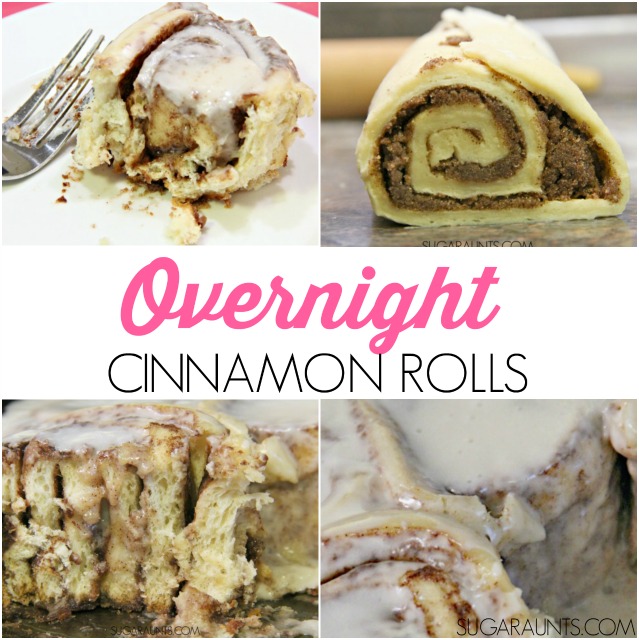 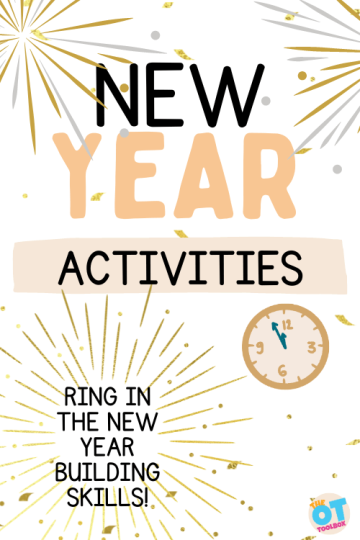 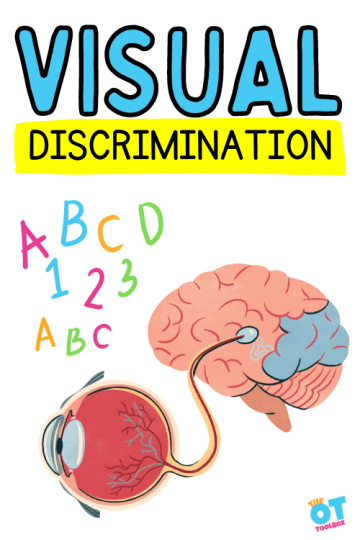 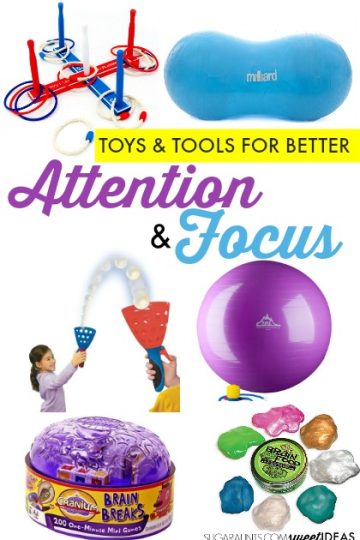 Toys and Tools to Help With Attention and Focus 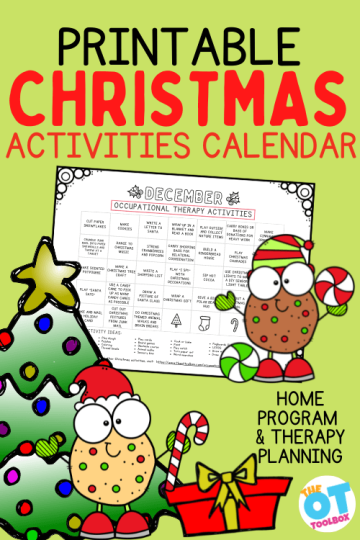