Join the newsletter. You don't want to miss out! SUBSCRIBE HERE
Sensory dough is one of our favorite ways to play.  We love concocting play dough, salt dough, and sensory doughs of all kinds.  This months dough in the Sensory Dough series is a snow dough.  We knew that we had to create a dough to go along with one of our favorite pretend play themes…Frozen!

What is snow dough?

Snow dough is any “fake snow” type of sensory material.  There are a lot of snow recipes out there.  We’ve made one with shaving cream before.  Snow dough is a great way to encourage pretend play with a sensory twist when the weather is too cold to get outside to play in the real snow…or if you’re in an area without snow. 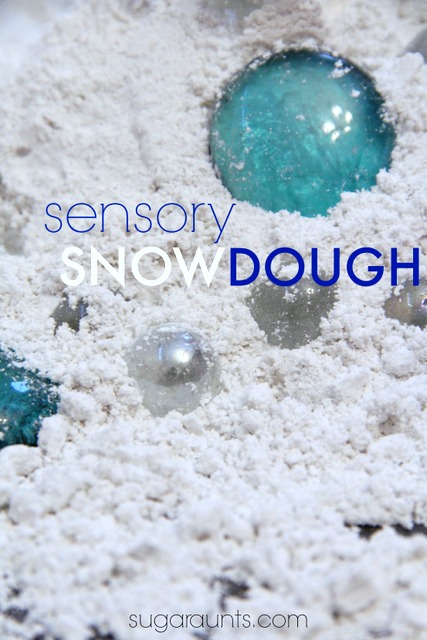 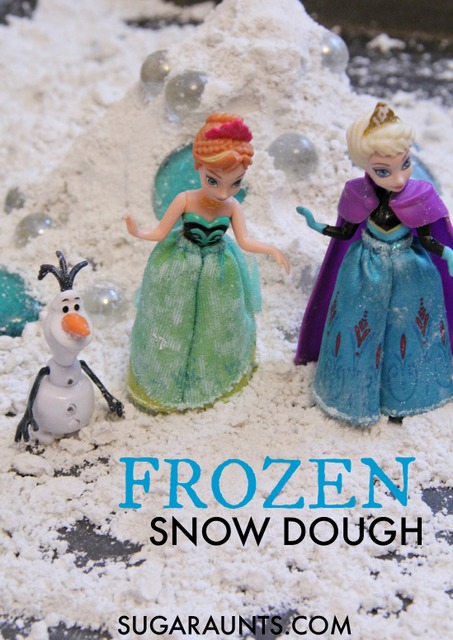 I have a couple of Frozen

obsessed little girls.  So, when I told them we were making Frozen Snow Dough, there were shouts of excitement.  (And a few rounds of “Let it Snowwwwww!” …that’s a good one for our snow dough…) 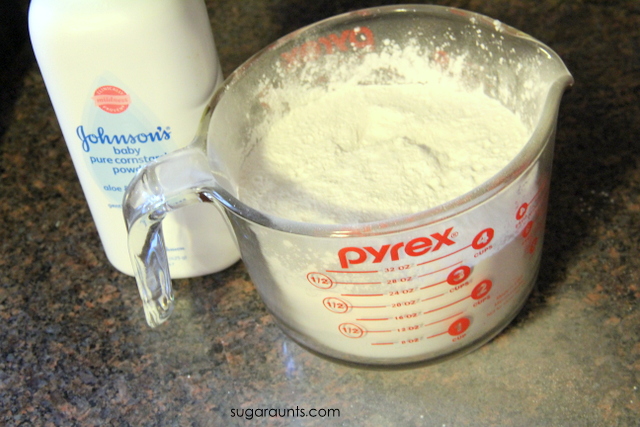 How to make Snow Dough for sensory Play:

This is a seriously easy sensory recipe to put together.  I had the idea for this recipe when I thought of my sugar cookies.  To make the royal icing, I use my KitchenAid mixer 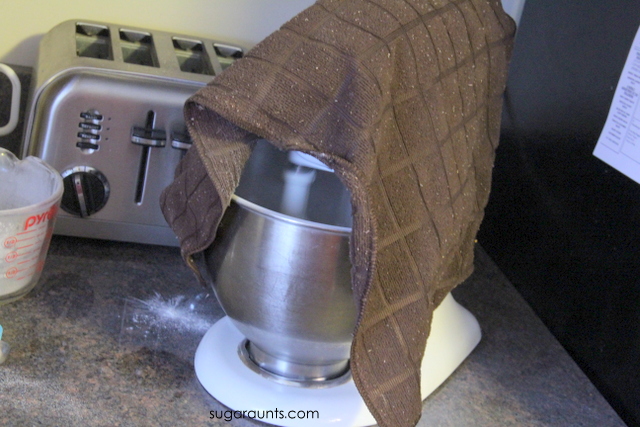 Slowly pour the baby powder into the mixing bowl.  Add the warm water one tablespoon at a time with the mixer running on it’s lowest setting.  The powder will puff up in the air if you turn the mixer up too high, too quickly.  I draped a dish towel over the mixer because even on the lowest setting, the powder clouded up a bit.  After all of the water is mixed in, add the two tablespoons of oil.  At this point, the mixture should be a crumbly texture.
Turn the mixer speed up to a medium speed and let the mixer run for 4-5 minutes.  You could definitely mix this dough by hand, but the mixer added more fluff to the sensory dough. 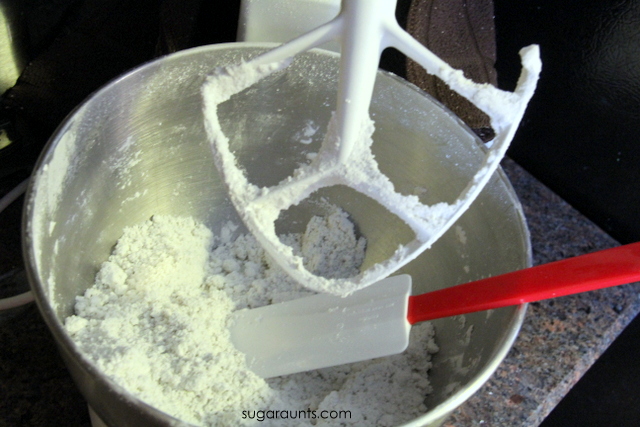 This snow dough is ready for some sensory play! 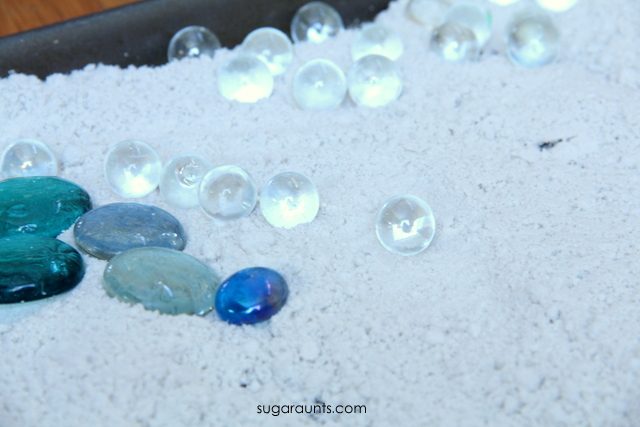 to get it ready for the Frozen theme sensory play. 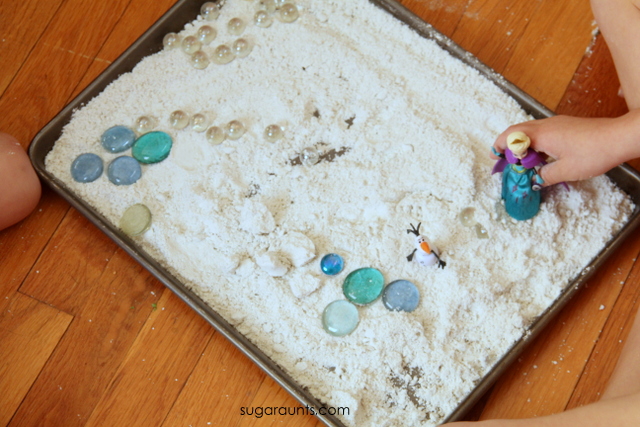 My girls got into the Frozen theme pretend play right away. 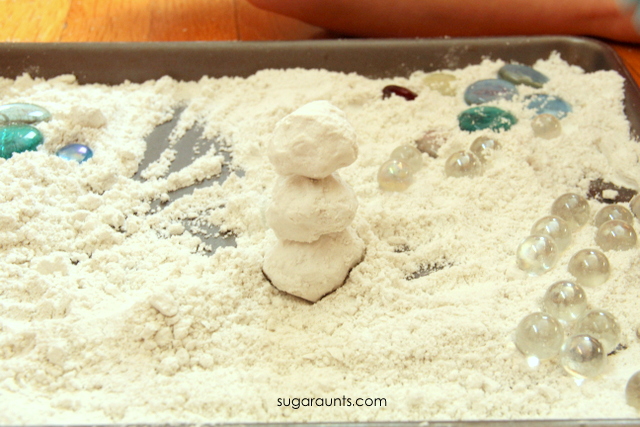 This dough is mold-able and you can form little snowballs or even build a snowman. 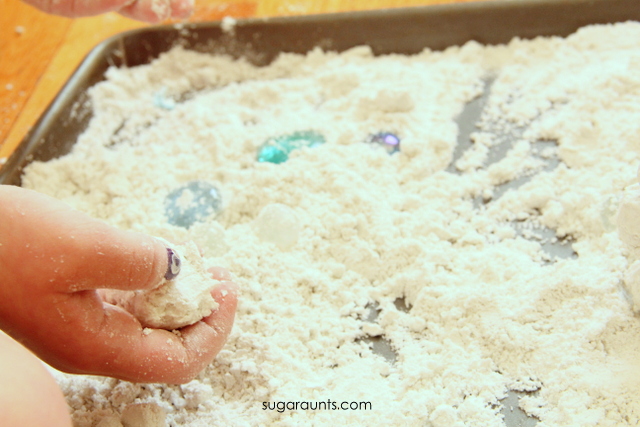 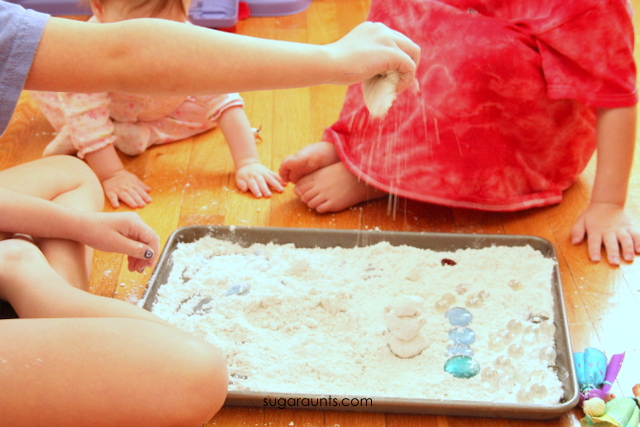 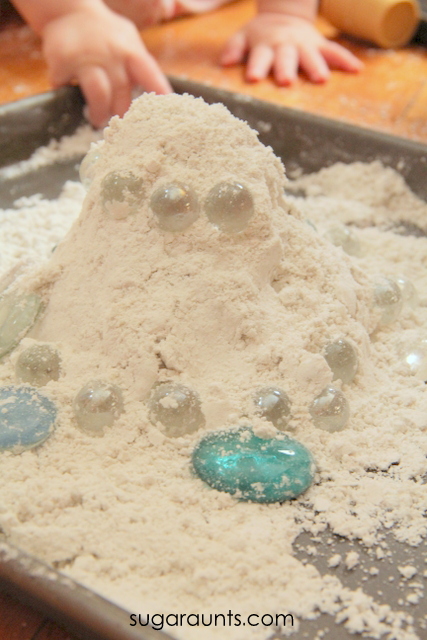 We built Elsa’s ice castle and decorated it with the gems. 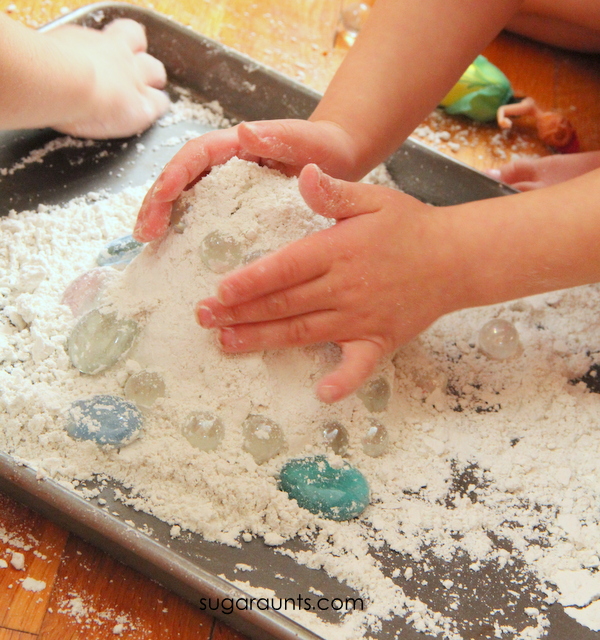 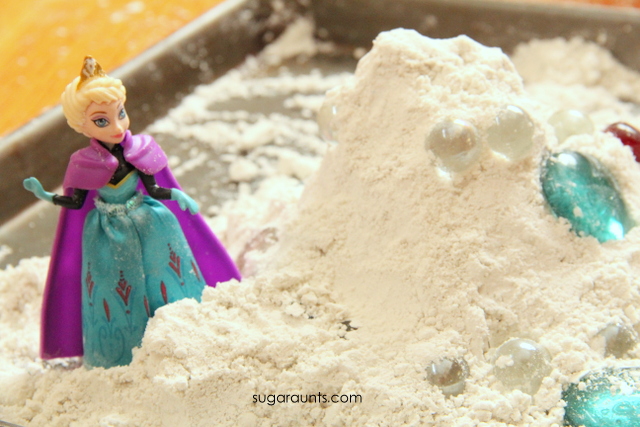 sisters and had SO much fun playing Frozen.  The pretend play that happened in this small world was so much fun to watch! 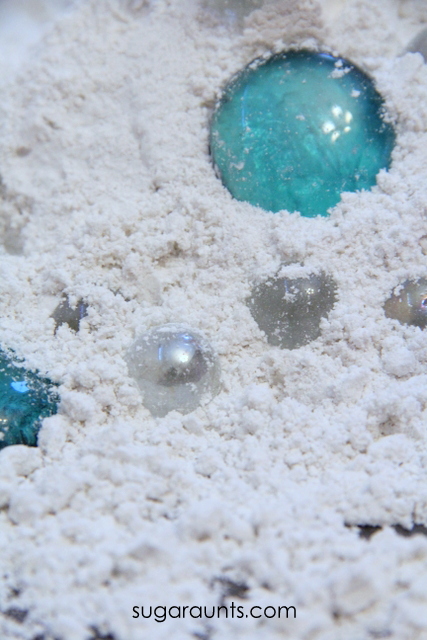 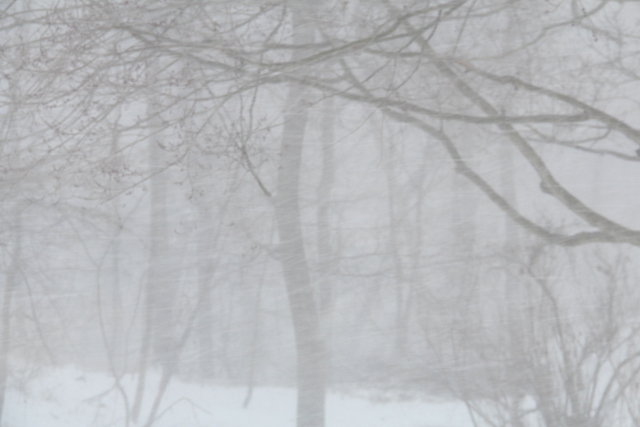 This snow dough was the perfect sensory play activity for when there’s a wintery blizzard outside. 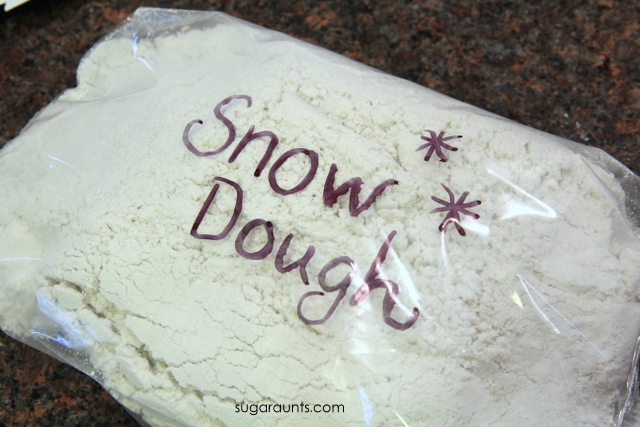 When we were finished with our pretend play, we packaged up the snow dough and delivered it to friends who are also huge Frozen fans.  Pass on the sensory play! 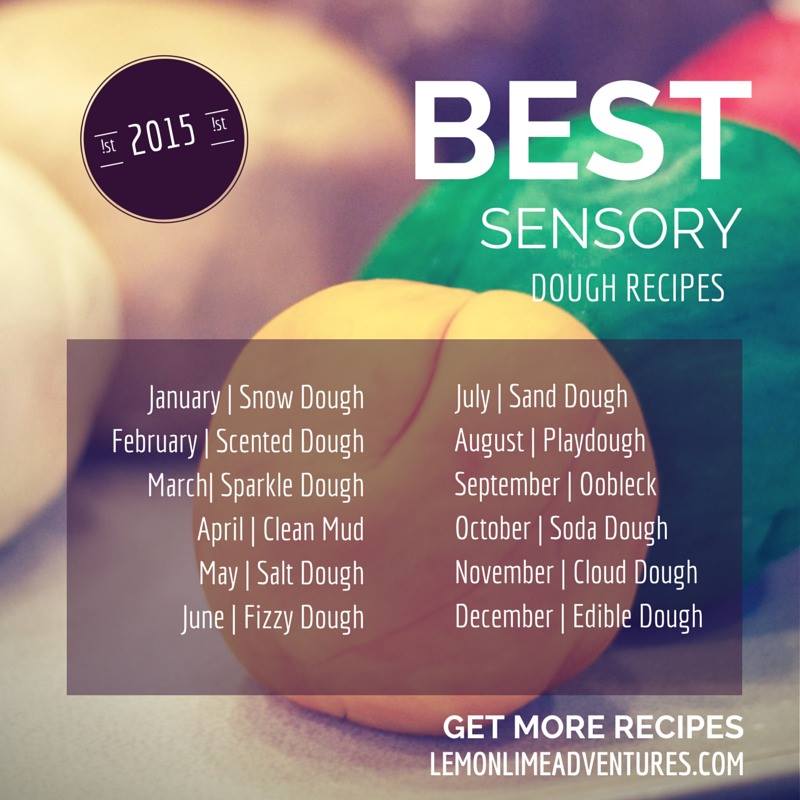 Kindergarten to first grade...Kiddos go through a

Pencil grasp development doesn’t need to be all

YES! 🙌🏼 Is your child or student struggling