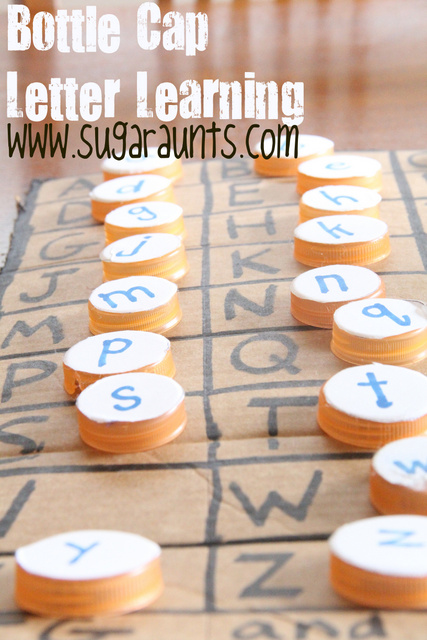 This Letter Learning game was something I made for Big Sister a couple of years ago.  We have played with the letter bottle caps so many times and in a ton of ways. 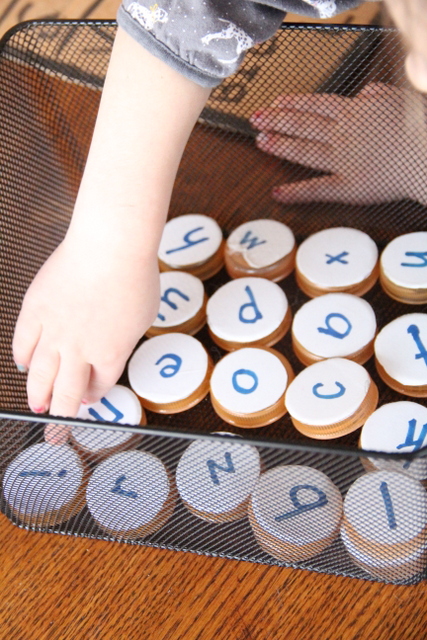 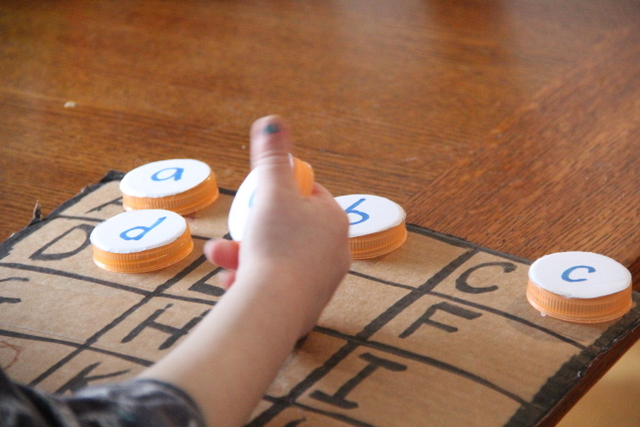 We’ve also played with the bottle caps in play dough, to spell names and words, to label objects with it’s starting letter, and learning which direction the “p”, “b”, and “d” should go.
They are so great to manipulate and play with in a sensory bin filled with corn, too.
How else can we play with these bottle caps??