Skip to content
Today we’re sharing how we use an every day game and household item like checkers in math for preschoolers and a pre-coding activity.  Coding for kids is a new and very important skill. You can swing by our coding for kids Pinterest board for more ideas.  Checkers are a basic manipulative that can be counted, patterned, sorted, and used in step-by-step tasks for pre-requisites to coding without a computer or app. 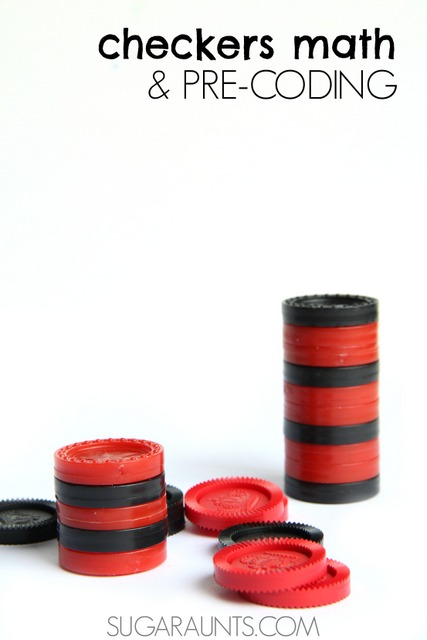 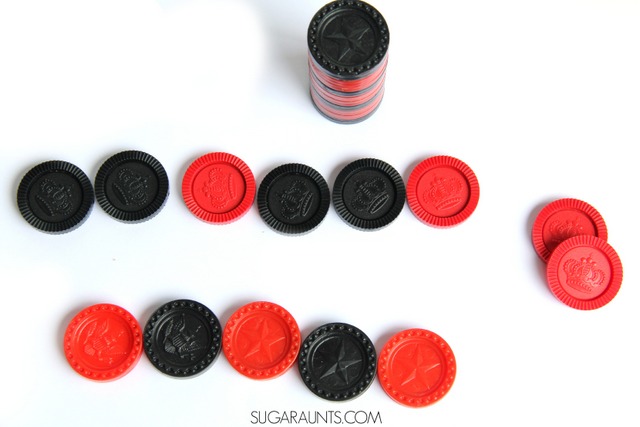 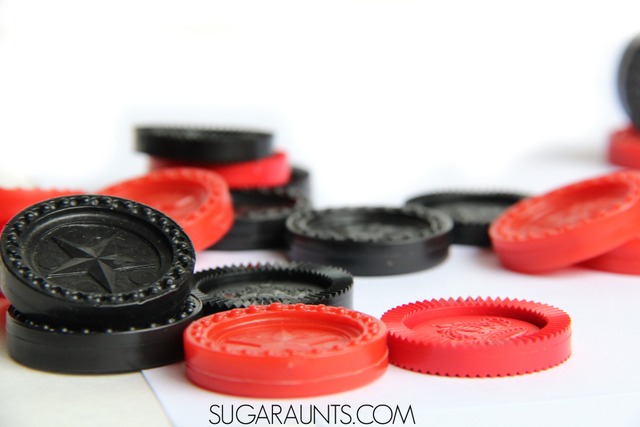