Skip to content
In current classrooms, it can be difficult to find time for cursive instruction. There has been more and more debates about the need to teach cursive. Other schools combine cursive instruction with morning work or with classes such as cursive such as spelling.
The tips below can be helpful in teaching cursive in the classroom despite common struggles such as limited time or resources.

This post is part of our 31 day series on how to teach cursive handwriting. 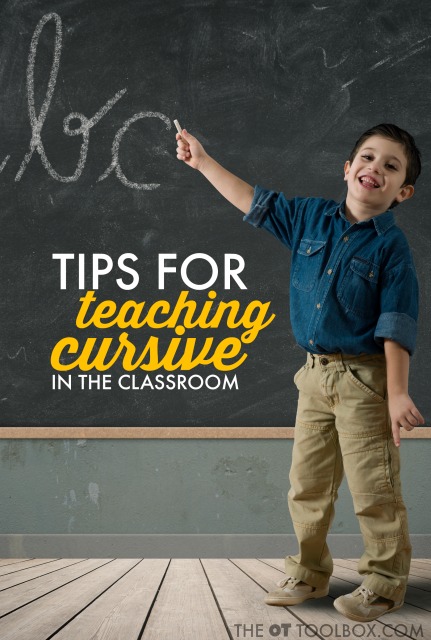 
One issue that can interfere with proper cursive instruction is a lack of specific cursive curriculum. Students may not be instructed with specific directions for each letter formation. Rather they are allowed to copy from overhead work or write creatively using cursive letters guides or visuals.

When kids are taught cursive by copying forms alone, many times letter formation is a big issue.

These incorrect movements become habits that are progressively more and more difficult to adjust and correct. As students are required to write more quickly or with more words per sentence or paragraph page cursive can become even more difficult to read overall.

Schools are also are limited in time allowed for cursive instruction.

There are ways to instruct cursive handwriting in curriculum so that proper cursive training occurs and kids don’t become frustrated or utilize creative formation patterns.

Common concerns with cursive instruction in the classroom

Many times teachers allow students to write spelling words in print followed by cursive. When they do this they are expecting proper spelling in the printed form but perhaps not the cursive form. This seems like an awkward practice session for kids who don’t know the pattern the movement strokes of cursive letters.

Another common issue is that there may not be a schoolwide or districtwide hand writing model in place. As a result some some classes in the school or district may teach cursive at a different rate or while using different verbal prompts then another classroom.

These students then move onto upper grades at different cursive abilities. Upper classes may require cursive handwriting in reports or journal pages knowing that some kids from a particular school or even classroom were not instructed in the same manner as another student who attended the same school district.

In the earlier grades at the second and third grade level it’s important that time is set aside specifically for cursive handwriting instruction rather than combining it with classes such as spelling.

Here are strategies to help with common handwriting problems such as line awareness, spatial awareness, sizing, and more.

Cursive writing can be taught to the whole classroom at one time, using a consistent cursive lesson plan. This allows for practicing the motions of letters in the air, on paper, and with use of consistent verbal cues and visual prompts.

Initial instruction can include large motor motions using consistent verbal cues for each letter as it is taught. In the classroom instruction, a teacher can demonstrate sequence of motions including height, retrace, connections, and spacing.

Student’s written work should be checked individually. They should be done as the child is writing with verbal and visual prompts to correct letter formation as indicated. It is very risky to instruct entire class without checking for proper mechanics as these in accuracies can lead to poor motor planning of letter formation.

Try this cursive activity in the classroom:

Modified from a Handwriting Without Tears program, “Come On Up” is one strategy to teach cursive handwriting in a group setting. Students can work on cursive writing as a group learning and practicing what they have learned already. This is a good way to go over previous learn learn letters.

Play the game, Come on Up to help students learn and practice cursive letter formation.

The teacher can write cursive letters of the alphabet on the chalkboard or SmartBoard. Assign students a letter of the alphabet. As the instructor writes a letter, she should call out the letter and say, “Come on Up letter…”

The student assigned to that letter can come to the front of the classroom, trace over the letter on the board, and then write their letter right underneath it.

This is a good way to practice while boosting self-confidence with cursive formation. The entire class practices letters and can help each other with formation if needed.

Getting up and moving in the classroom is a great way to sneak in movement during learning. Students can shuffle letter so that they are able to practice other letters of the alphabet. 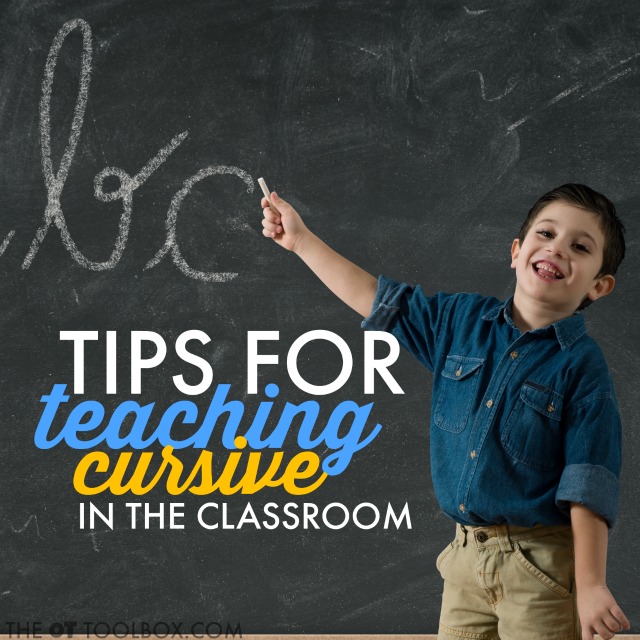 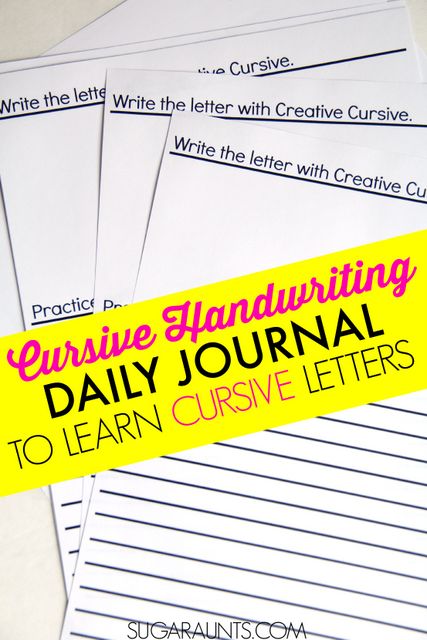 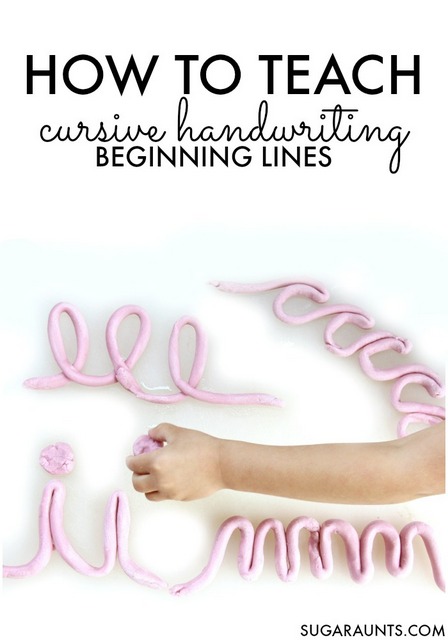